Technological Advances that Can take Smartphone Entertainment to a New Level 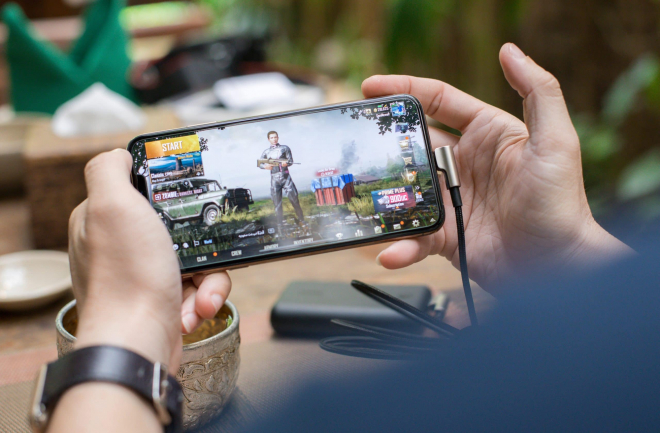 In this article, we will list the most promising technological advancements that could change the possibilities of smartphone entertainment.

As smartphones grow smarter and faster, internet use is steadily shifting from traditional computers and PCs to mobile phones. This trend can be explained by both the mobility and convenience of mobile devices and also by the software developer’s strong investment in new technology and apps.

In this article, we will list the most promising technological advancements that could change the possibilities of smartphone entertainment.

It is expected that 5G internet technology will replace the current 3G and 4G mobile data allowing users many advantages, such as better and faster internet access. This technology will also enable the implementation of the Internet of Things (IoT). Everything will be accessible on the internet. From your office, you will be able to activate and monitor household appliances such as washing machines or coffee machines.

The combination of 5G and IoT with technologies such as big data and artificial intelligence can also open ways for the new generation of the internet, making autonomous vehicles and smart cities viable.

With improved internet speed, gaming fans will also overcome one of their biggest enemies, lag, or delay. In some of the most popular mobile games such as Clash Royale, lag can be a real setback as players need to keep up with the game in real-time. Likewise, gambling fans will experience a more reliable gaming experience when joining live events in virtual rooms where they play other real users, for instance, on Betfair’s online bingo site. However, it isn't necessary to have a 5G connection to play these games, and in some instances, games like bingo are not data-intensive, meaning you can play it with a 3G or 4G connection.

Virtual reality is all about augmented reality and challenging players to take a more active stance in comparison to traditional gaming. This technology is expected to gain more and more space in the gaming and entertainment industry as consumers increasingly yearn to have engaging and exciting online experiences.

Among the most popular equipment aimed at exploring this technologies are headsets and virtual reality glasses. VR Glasses allow players to experience visual, auditory, and motor sensations and stimuli, as if they were inside the game they’re playing. But there are more high-budget projects, for instance, the Teslasuit, a haptic suit that allows gamers to experience the ambient temperature of the game, as well as feel raindrops and wind.

Although there is increasing demand and curiosity to experience VR dynamics, the market is still in development. In fact, the newer generation of consoles does not offer any breakthrough in virtual reality.

One of the latest new developments is blockchain, which records various types of information and data that is found on the internet. Once this information is recorded, it cannot be changed, meaning it may be valuable for some purposes.

This technology not only made it possible to create Bitcoin and other cryptocurrencies such as Ether and Litecoin, but it can also be used for document validation, – such as contracts and stock exchange – financial transactions, and music or movie trading.

The gaming and entertainment industry have since then adopted this technology, allowing for more secure method payments, while protecting consumers’ personal data.

With the growing trend of mobile entertainment, it is only expected that the technology industry will increasingly focus on developing new products aimed exclusively at smartphones.