The Benefits of CBD 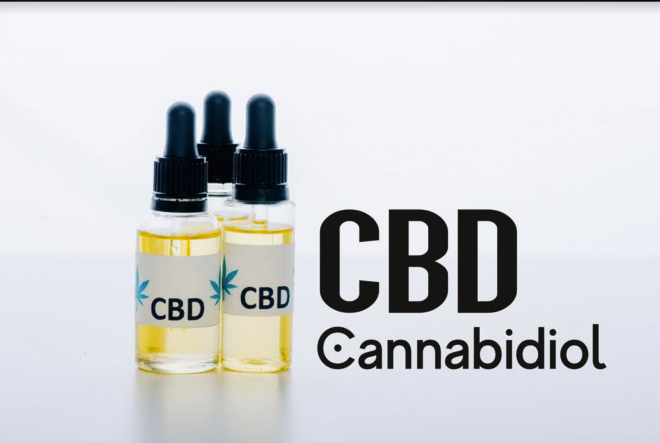 What little evidence is present suggests that the marijuana plant is a versatile healer.

It is always important to understand the history of a situation before fully commenting on it or the repercussions that have come from it. Did you know that South Africa was the first country to outlaw marijuana in 1910? Were you also aware of the 1936 film ‘Reefer Madness’, which further expanded the propaganda against the popular leaf? This means that for decades, marijuana, and all the derivatives that came from it, were either ostracized or ignored. It wasn’t until stories like the one involving Charlotte Figi, a young girl suffering Dravet syndrome - a particularly severe form of epilepsy. Charlotte’s use of a particular type of cannabidiol (CBD) oil which was also low in tetrahydrocannabinol (THC) reportedly reduced the occurrence of her seizures from over 300 a week to two or three per month; her stories about Charlotte's Web - as the CBD marijuana oil that Charlotte used became known - helped to put the U.S. and international medical marijuana movement on the map. Subsequently, leading to a more compassionate view on what medical mariljuana can do to aid recovery or ease the effects of terminal illnesses as opposed to the neverending negative highlights about psychoactive simulation. In 2018, the first FDA-approved drug, cannabidiol (Epidiolex), containing CBD was released on the market to treat two different kinds of epilepsy — Dravet syndrome - the same syndrome that Charlotte ailed from - and Lennox-Gastaut syndrome. In addition to the various selection of oils, there are CBD edibles - gummies, smoothies and snacks, CBD lotions, CBD slaves, CBD pills and even CBD bath bombs. Quite a few options for the afflicted to use CBD on their respective aliments. But what are the benefits of continued CBD use, and is this use something that should be sustained.

How Do People Use CBD?

Nausea is a common symptom of many illnesses that is shared by a wide cross section of society. There are of course, synthesized medications meant to cure this symptom. But marijuana is the most reliable natural remedy without the side effects of most synthesized medications. There are also those troublesome aches that plague elders and victims of injury that recur ever so often. CBD based marijuana is perfect for this type of pain relief. Although it may not work for more severe pains caused by more critical procedures, it - at least - provides a satisfying alternative to opioids based pain relievers. There are different oils for different uses and being aware of them makes it much easier to navigate the options according to intended use. Types are largely dependent on the strain of the plant that the oil is being extracted from. Hence, if the plant is sativa based the extract will likely be THC dominant. If a plant is indica based, the oil extract will be CBD dominant. The THC oil will have a largely psychoactive effect on the user, leaving them elevated, alert and active. The CBD oil will have the complete opposite effect, and instead elevate the feeling in the body, relieving stress, pain and anxieties. Which is also another good option for insomniacs. In addition to oils, people can also get their CBD dosages from tinctures - a herbal extract suspended in alcohol - and capsules.

Because marijuana contains some powerful medicine. Efforts should be made to understand the different components of that medicine, how to consume them, and how they affect each person will help unlock the healing power of this extraordinary plant. The marijuana plant produces more than 700 chemical compounds. The best known compound is tetrahydrocannabinol or THC, which is what makes you feel high. While most people emphasize the role of THC, there’s much more to the picture than THC. Each strain is different, in fact each harvest of each strain is different. Understanding the different strains, their qualities, and their medicinal characteristics is a pretty detailed subject. A good place to start is with the most basic description of strain: Indica or Sativa.

Marijuana breaks out into two major species: Cannabis indica and Cannabis sativa. Plus, the two have been cross-bred a lot so there are a wide variety of hybrid strains. At dispensaries, flowers are categorized into indica (I), sativa (S), hybrid indica dominant (I/S) and hybrid sativa dominant (S/I). In general, someone can get a pretty good guess as to how marijuana will make them feel and its medicinal properties if they know its species.

As we are discussing CBD, the strain that should have the current focus is indica. Indica typically has a body effect and tends to be much more relaxing and may be more effective for a variety of ailments and is best suited for night use. Indica produces terpenes - chemical compounds found in plants responsible for their scents - such as myrcene and linalool. Which translates into them producing a sedated feeling. Very good for relieving anxiety and restlessness, CBD from indica affects a body’s serotonin level. Serotonin is one of the main chemicals in the body that directly affects mood and anxiety levels. If serotonin levels are normal in addition to feeling less anxious, a person is more emotionally stable, more focused and happier. An extremely positive outcome for proponents for CBD usage.

As mentioned above CBD has been shown to be particularly effective when dealing with multiple sclerosis and epilepsy. As both of these maladies involve the brain, it stands to reason that there are qualities to CBD that allows the body to deal with a few of the issues these diseases present. CBD affects the brain by attaching to certain receptors in the central nervous system. Cannabidiol changes the way these receptors respond to stimulation. This may ease inflammation and help with the brain’s immune responses. The only differences, seemingly, are the symptoms between multiple sclerosis and epilepsy that CBD helps to treat. Fatigue, pain, inflammation, depression, muscle stiffness, problems with mobility for multiple sclerosis and for epilepsy CBD in addition to helping minimizing seizures it allows a significant number of people with epilepsy to ease off of other drugs that have serious side effects on their health, including anemia, low platelet levels, liver failure, pancreatitis, allergic reactions and suicidal tendencies. Pretty powerful stuff when you think about it.

Another more recent development, sees CBD being used as an opiod withdrawal method. CBD oils have been proven to significantly reduce cravings and anxiety in patients detoxing from opioid drugs such as heroin and fentanyl. Reduced cravings can not only make the detox experience more tolerable but can also decrease the chance of relapse. As most pain relief medicines are opioid based - as referenced earlier - they often come with side effects that are less than ideal which cannabidiol use helps to mitigate if not eliminate.

And finally, there have been several breakthroughs in research linking CBD use with the alleviation of the symptoms of cancer along with the side effects stemming from treatment. CBD may positively manage inflammation and change how cells can reproduce. CBD could also have the capacity to inhibit the growth of some types of tumor cells and stem their ability to reproduce efficiently. This is in concert with simulation of a person's appetite through CBD's interaction with the body's endocannabinoid system (ECS). CBD helps to minimize bloating and indigestion symptoms, such as acid reflux and constipation — improving a person's appetite as a result. By aiding digestive health, when CBD is added to food, it allows the meal to be broken down more quickly and efficiently, stimulating hunger for the next time food is needed by the body.

Although many of these medicinal benefits are still under researched, what little evidence is present suggests that the marijuana plant is a versatile healer. There is no doubt that we will see more developments from this field as the federal laws begin to relax around the plant. Perhaps it will be revealed to be the organic cure for several of the common diseases that plague us the most as a society. This is why it is important that we respect marijuana and products of its offshoot CBD as medicine, and not frame it as evil contraband to be destroyed and eradicated.