The Best Music for Gaming 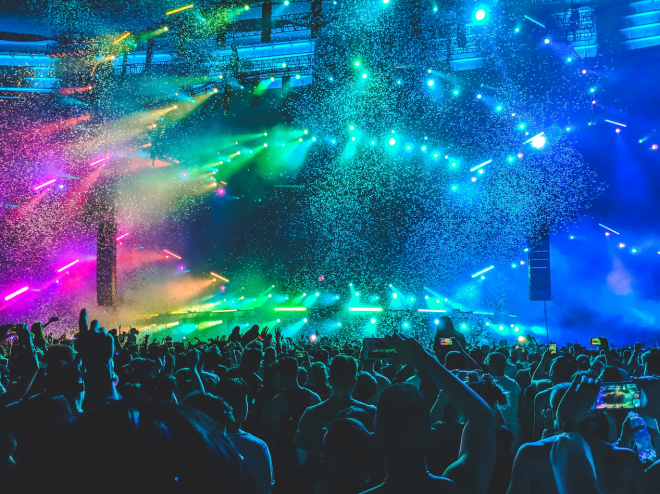 Video games and music go hand in hand. There are so many iconic games that are taken to the next level by the way they use music.

And gaming soundtracks have come a long way since the world famous electronic scores of the earliest arcade and Nintendo games. Now, there are countless different ways the use of music can truly enhance the gaming experience.

A great score can help maximise tension, or get your adrenaline pumping further. While other soundtracks can reuse popular songs to help you get in the zone.

But what are the key ingredients for a great gaming song? We’ve taken a look through the most popular genres to determine what sounds go hand in hand with games.

When people think of video game music, chances are the first genre that springs to mind is electronic. Going back to the early 1980’s, when the NES came with a separate sound chip to soundtrack its 8-bit games, electronic music has always been at the cutting edge of gaming.

The sound chips only had five different channels, meaning those early sounds became universally recognisable. And they paved the way for how dance music would later help keep players excited while gaming - as well as influence the sounds of live casino slot machines, showing how they became influential even when there was no console in sight.

This definitive 1980’s sound is still influential to musicians today. An entire genre of music, known as “chip tune”, has found cult popularity in how it makes dance bangers out of these distinctive gaming sounds.

In the early 1990’s, composer Yuzo Koshiro proved ahead of his time when it came to his score for the Sega Gensis game Streets of Rage 2. His soundtrack took inspiration from the Detroit techno scene, and rewrote the rulebook for video game scores overnight.

That thrilling soundtrack (which remains an absolute belter to this day), paved the way for other games, such as the iconic Mortal Kombat score. Nearly 30 years later, and dance remains an integral genre to gaming.

Major DJ’s and producers like Zedd have been hired to put their spin on iconic themes, while everyone from Deadmau5 to Giorgio Moroder has composed a score.

But even outside of this, it’s easy to see why EDM is so popular with the gaming community. The high BPM rates of the biggest and most famous dance anthems (such as Sandstorm by Darude) help get your adrenaline racing.

And if your adrenaline isn’t racing - why are you even playing?

If you’re not a dance fan but want to get your heart rate pumping, then there’s plenty more designed to be played loud. Guitar music, ranging from more melodic indie to heavier metal, is perfectly suited for a gaming session.

Starting from the iconic soundtrack to Doom in 1993, more composers began to take inspiration from the likes of Slayer and Metallica. Aggressive dance music was no longer the default genre for gaming.

The soundtracks to the Fifa games are the most iconic for their use of indie and alternative pop. How many other video game franchises can say they’ve inspired club nights where people go to listen exclusively to songs from their soundtracks?

In the mid 2000’s, games such as the Tony Hawk and Burnout franchises used a wide array of angstier indie, emo, pop punk and metal to soundtrack the carnage onscreen.

And now, metal superstars such as Avenged Sevenfold can regularly be heard on game soundtracks. The band love the Call of Duty games so much they’ve even written four songs especially for the franchise.

The reason these heavier genres work so well with gaming is how they manage to ease tension. They may be loud, but their often pummeling sounds can help you focus directly on the challenge ahead of you.

As video games moved away from their 8 and 16 bit origins, their scores became much more daring. This may have all begun with techno, but it wasn’t long before things moved to incorporate other genres.

The most iconic early example is the haunting soundtrack to Final Fantasy VI, which incorporated opera and several other genres to push the Super NES sound chip to its limits. Without that score, we wouldn’t later have groundbreaking works such as the expansive choral chants of Skyrim, or the Grammy award winning score for Journey - the first video game to ever win a Grammy.

Some of the biggest classical composers working today regularly create scores for games too. Hans Zimmer, the most well known contemporary film composer, even helped set the template for a modern iconic video game score with his work for Call of Duty: Modern Warfare 2.

But as for what’s the best overall genre to game to? Well, it would have to be electronic or dance - no other genre is quite as synonymous with gaming itself.

No matter what sounds you prefer, each of these genres can take you on a journey and help immerse you further in the game in front of you. Grab your controller and hit play.