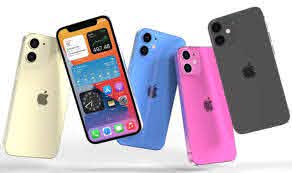 The days when your phone was just for calling are long past.

Modern smartphones easily outperform some computers in terms of performance, and in terms of usability, they’re now miles ahead. Is it any wonder that a wide range of services are increasingly moving from desktop versions to mobile platforms every year?

There are mobile applications for almost any task: conversation, video conferencing, collaboration on various projects, dating and much more. There are dozens of video chats for smartphones alone: Skype, Zoom, ooVoo, Discord and many others. They can help you stay connected at almost any time. All you need is Internet access, and you can communicate almost anywhere — at home, while walking, on the bus, and so on.

Video calling applications are no longer a new thing. For example, the Android version of Skype was released on October 5, 2010, and the iOS  client on January 1, 2011. Other services that appeared later released mobile applications at launch. But today we are not looking at these.

The first anonymous video chat apps began to appear in 2009-2010. Omegle and ChatRoulette were pioneers, but alternatives to these services soon emerged. However, the aforementioned mentioned chat roulettes still do not have their own mobile applications. Why they have not been developed in over ten years is a separate question, but the fact remains.

Many users refuse to use Omegle and ChatRoulette precisely because of the lack of official apps for these chat services. This is often because using the regular mobile versions of these sites is not very convenient. Fortunately, dozens of alternative random chat apps are available to modern Internet users, for which there are both Android and iOS versions. It is these we want to examine in more detail.

Originally ChatRandom was just a roulette chat site. But later the developers added apps for Android and iOS, as well as for the iPad. Functionality is the same as on the desktop site — gender and geographic filters, effects for videos and chat rooms by interests. Some of the app's features are available by subscription only.

Classic chat roulette that works both in desktop browsers and smartphones running iOS and Android. The developers themselves call Camsurf one of the fastest growing services of this type on the Internet. The app is free to use, but there are paid accessibility features.

Chitter is a classic anonymous video chat with strangers, that includes free basic functionality. Here you can add interesting users as friends, send voice notes, videos and photos, and also search for new partners by gender. However the latter feature is only available with a paid subscription. By the way, the app supports cloud sync, so your data won't be lost.

This video chat app is available for iOS and Android. CoCo allows you to find friends around the world, broadcast live, and send video messages to friends and subscribers. This video chat app works great on iPod and iPad too, not just iPhone. For many, this is a great advantage.

Another iOS exclusive. NowChat is a simple application that is nonetheless very user-friendly. You can instantly choose who you want to chat with — girls or guys. Or leave it to random choice. To use NowChat without limitations, you need a paid premium subscription.

A random chat service that men will especially love. CooMeet connects them exclusively with girls as its primary feature. You can use the web version or the official iOS app or Android. In the meantime you can just visit the mobile version of the site and use it without restrictions.

As you can see, random chat apps are not uncommon at all these days. There are plenty of them, moreover, for all popular platforms. Indeed, if you wish, you can even find versions for smartphones on Windows Mobile, which has long been discontinued.

This once again proves that modern people value not just communication, but CONVENIENT communication. And where web versions of random chat roulettes can be a nuisance, video chat apps are superior in almost every way. Most importantly, to use them it is not at all necessary to buy the latest smartphones. Many applications work perfectly on frankly ancient phones with long outdated versions of operating systems. The main thing is to find the service that works best for you, and which provides all the tools and features you need for a great chat. Beyond that, the choice is yours!