The Best Smartphones on the Market in 2020 so far 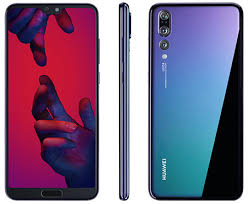 We all use our phones for a wide variety of reasons.

Mobile phones have become a huge part of society, largely down to the sophistication of our miniature handheld devices these days. They’re more compact, they can do more than they’ve ever been able to do and as a result, we’re being exposed to mobile phone creations like never before.

We all use our phones for a wide variety of reasons, too. Most of us use them to reply to emails or Facebook messages; gamers use them to catch Pokemon or play various casino games like those available on casino.com in the UK, whereas others use their phones to order food or clothes via the endless array of apps out there. It’s remarkable how much we can do on our mobile phones these days, especially when you compare today’s devices to the old Nokia phones which resembled a brick of the past.

With 2020 firmly underway and many of you potentially keen to upgrade your smartphone in the near future, we thought we’d go through a few of the best phones on the market currently. Hopefully, we’ll give you some inspiration along the way!

If you’re an Apple advocate, then you’re probably all over the iPhone 11 already, but if you need convincing then hear us out. It’s expensive, but you certainly get what you pay for, with its superb dual-lens camera, ridiculously fast loading speeds, brilliant battery life, slick design and build, and impressive audio. The phone comes in a variety of colours too, it has Apple's latest A13 Bionic chipset, 3GB of RAM, 64GB of storage space in the entry model, and it is largely considered to be the best phone around at the moment. It’s hard to fault it, that’s for sure.

Samsung phones can divide opinion, but this latest creation of theirs certainly shouldn’t. Not only is this device beautiful to look at, but it comes with 100x digital zoom on the rear camera, 6.9-inch AMOLED display on the front and a 5,000mAh battery, which is massively impressive. The camera is arguably its main selling point though, but so too is its impressive internal hardware. It’s an expensive phone, though, but if you manage to get your hands on one, then you’ll see why. You really do get what you pay for with this one.

A cheaper option than the previous two phones featured, the Xiaomi Mi 9T Pro has some of the most powerful specs around, and considering its relatively inexpensive, it’s a device that packs one hell of a punch. The phone has a lightning-fast Qualcomm Snapdragon 855, a large 4,000mAh battery, and it looks slick also. There is a distinct lack of waterproofing and no wireless charging, but given its price, you really can’t complain. Overall, this is a solid device, and it represents excellent value for money.

One of the prettiest phones you’ll ever see, the OnePlus 7T Pro is easily one of the best phones available in the world today. It has a neat pop-up selfie camera, a perfect 6.67-inch screen, and the highly impressive OxygenOS software. This beautifully designed device not only looks the part, but it delivers in terms of all-round functionality too. This is a fantastic phone.

The best thing about the Google Pixel 4 is its camera, but so too is its face unlock feature and its Motion Sense feature, which help it stand out from the crowd. The addition of wireless charging and waterproofing make this a phone well worth considering. Its battery life could be better, though.