The Development of Postal Franking Machines 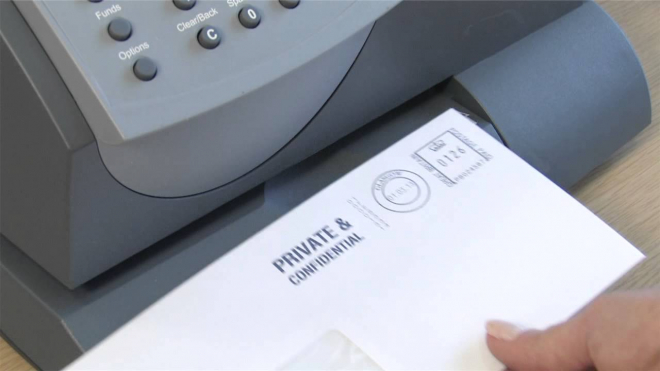 Franking machines are metering devices that streamline postage and mailing.

The world has come a long way in technological advancements and digital solutions. One such avenue is franking machines. It is a metering device that streamlines postage and mailing. Individuals and businesses no longer need to travel and queue at post offices. The equipment enables people to affix appropriate postage.

Today, franking machines are available in digital versions. These render a whole lot of services. The crux is to automatically weigh the postage and calculate the correct postage. It saves people from over-or-under-payment of postal charges through approximations and estimates.

But how did this machine come into being?

The first instances of sending letters came about in the 1660s. The British House of Commons claimed the demand for a free carriage of letters sent out to members. And came the call for establishing a post office. Franking machines have been around for over a century. They were created in 1884 by Engle Frankmussler, a Norwegian inventor, and were known as the ‘Postage Stamp Affixing Machine’. This version first made its appearance at the World Fair in Germany.

However, there are several anecdotes about the development of postal franking machines. Carle Bushe, a Frenchman, is regarded to have obtained a British Patent for a device that could print stamps on envelopes and record postages. Unfortunately, the device is not known to have existed. In this way, the first franking machine known to exist was by Charles A. Kahrs. It was a coin-operated machine installed in the Lobby of the General Post Office in Christiana, Norway, on 24th August 1900, which, unfortunately, soon got removed a few months later.

In another part of the world, Arthur Pitney, a young Chicago inventor, obtained the first mailing system patent in 1902. Soon after, he formed his own company, the American Postage Metre Company. The first machine is known to have comprised a manual crank, chain action, printing die, counter, and lockout device.

Even today, franking equipment fulfils this service. Although technology has evolved considerably, the principles are still the same, a solution to reliably pay for postage.

The gamut of the postal system

The idea of a postal sphere was set up in 1477 in France by Louis XI. And this was the Royal Postal Service that employed 230 mounted couriers. In England, a Master of the Posts was appointed by Henry the Eighth in 1516 to maintain regular postal service. These instances marked the establishment of efficient national systems for relaying posts through state control.

Initially, the systems were not comprehensive and did not serve the public. Eventually, the fiscal advantages got realised, and private mail became legal in around 1600. However, the gamut of public service did not spring up until 1627. Here, the fees and timetables were affixed. In Britain, for example, a designated public service was created in 1635. This got dedicated to settling the letter office of England and Scotland.

Elsewhere, the world was undergoing exploration of similar systems. One such was the Paar family in Austria, which developed postal organisations. Also, the most extensive of such systems was the one built by the Thurn and Taxis family, which originated from Bergamo near Milan, Italy. Their system developed throughout the 16th century and covered most of Europe. The system used 20000 couriers to operate a speed, efficient and highly profitable relay system.

The History of Postage Stamps

The purpose of franking machines is to automate the postage stamp and charges. And postage and mail cannot happen without stamps. They are an integral aspect of the postal system. How and where did this all begin? It began with adhesive stamps. It was Sir Rowland Hill, a schoolmaster in England, who, in 1837, invented the adhesive postage stamp. However, the first stamp was not out in the world until 1840.

However, the invention did undergo hurdles and obstacles. Rowland Hill was summoned before the then Commission to present his evidence. In February 1837, at the post office enquiry, he read from the letter he had sent to the Chancellor. In doing so, he iterated the need for paid postage.

Back then, the defining metric was weight. The parameter of size had not featured in the system. This initial system made the prepayment of mail postage post practical and possible. In time, charging paid postage based on weight soon got sanctioned.

At this point, one might ponder, ‘What was the first postage stamp?’ It began with Great Britain’s Penny Post. On 6th May 1840, the first-ever stamp got released. It was the British Penny Black Stamp.

Getting into the Envelopes

Edwin Hill, brother of Rowland Hill, invented a prototype of the envelope-making machine. Given the rising demand for postage stamps, some machinery had to come about. And then came the system of pre-printed stamps on the envelopes, which could get purchased directly. By the 19th century, this new system was up and running.

The early machines were manual. They required a crank and dyes for printing on the paper. The main drawback was that these could be tampered with easily. For instance, users could manipulate the weight and the postage cost. Later, this version was deemed problematic.

Over the years, the franking machines have improved. Thanks to the digital age, the early tampering problem has long gone.

At the end of the day

Postal franking machines have grown integral and become synonymous with the day-to-day operations of small and large businesses. These are a way of pre-paying postage. Today, every franking equipment has a business account that allows the company owners and personnel to pay for the postage. The user sets the correct date and inserts the envelope, which gets franked with the correct postage. Most corporations and individuals use Inkjet for the printing process. Also, modern units can download the latest rate cards via LAN or Wi-Fi.