The Evolution of Poker – From Riverboats to Mobile Apps 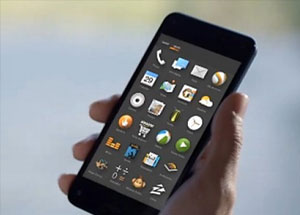 From Mississippi Riverboats in the 1800’s, and out to the West during the Gold Rush, poker has grown to become not only a pastime gambling game, but a big part of American history and culture. In the 1970’s poker tournaments such as the WSOP made poker more popular, and in the in the 80’s and 90’s poker spread further, with poker rooms popping up in different cities and casinos, most notably Atlantic City in New Jersey which became a poker hub, drawing thousands of poker players from all over the country and beyond.

In the 21st century, poker was lifted to a whole new level of popularity with online poker and televised poker taking over the world by storm. Where online-poker rooms enable people from all walks of life learn the game, and develop their poker strategy and skills. It got to the point where amateurs that just played from home as a hobby got into online tournaments, progressed and won big prizes. Some, even became professional poker players.

Along with wave of legal online and mobile gambling in the US, such as online casino and sports-betting, online poker is also now 100% legal in several states, including New Jersey, Pennsylvania, West Virginia, Delaware and of course Nevada. And, many other states are in the process of signing bills that will legalize online gambling within their borders. This new breed of online poker operators is fully compliant and regulated by the states’ gambling boards, and offer poker players of any level and skill to play poker against other players using their websites and mobile apps. All in a safe, secure and legal setting.

Being a game that involves strategy and skill, many poker players are taking advantage of the wealth of online lessons and practice sessions these online poker rooms offer. With the abundance of resources that are designed for beginner poker players learn the game and develop, and more advance poker players take their game to the next level; more and more online-poker players plan and measure their progress through which tables or tournaments they will join over time, and can then measure their level of play against others.

The most popular tournaments amongst online-poker players are Sit ‘N Go tournaments which kick off as soon as the seats are filled. There are also many poker tables that players can join with different stakes and buy-ins. Similar to offline, the most common poker game is No-Limit Texas Hold’em with over 80% of a share played in poker websites and mobile apps. Omaha is a distant second, but there are also online players that go for more specialized variations such as Stud and Draw poker.

With TV broadcasting poker events and tournaments, poker became a spectator sport with millions of dollars in prize money, professional poker players winning world titles, celebrity poker tournaments and more. And unlike other sports, to become better in poker you do not need a court, equipment and facilities. All that’s needed to dive into the world of poker is a computer or mobile device. So people can learn and advance in their own pace and play with thousands of others that love the game without leaving their own home. Now being a spectator sport and mainstream strategic game, poker has sure come a long way from the gun-slinging, riverboat gambling scene.