The Fascinating Impact of Tensile Testing in the Aerospace Industry 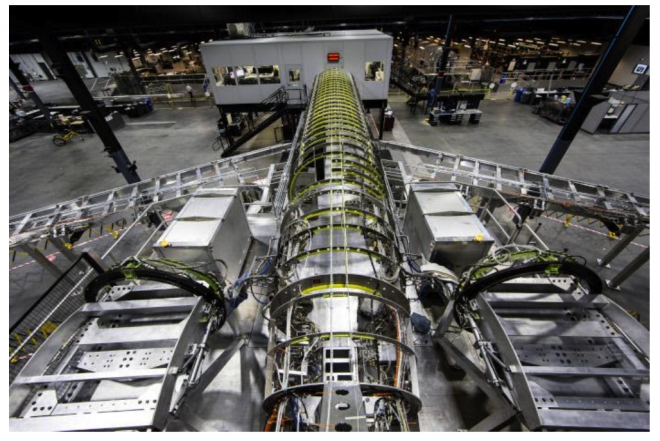 It has always been the goal of Tensile Testing to determine which materials are best used for certain applications.

It has always been the goal of Tensile Testing to determine which materials are best used for certain applications. By subjecting materials to tension to the point of breaking, the Tensile Testing procedures have helped various industries figure out what items are best used for certain situations and how to properly maintain for the same to optimize their usefulness.

With that premise alone, it is easy to see why Tensile Testing has become an invaluable asset to several industries. One of these happens to be the Aerospace Industry which, by the nature of their services, relies on testing procedures in ensuring safety and effectiveness in their machines.

But this does beg the question: how exactly has Tensile Testing contributed to the development of the Aerospace Industry?

There is no doubt that Tensile Testing has had a lot of benefits. However, as far as the Aerospace Industry is concerned, its usefulness can be observed in several ways.

The machines used in many aerospace applications are supposed to be comprised of materials that can withstand a lot of stress from both within and outside. For this, universally-applied machine testing procedures can be employed to subject materials to determine their tensile strength, the amount of strain that can be applied to them before breaking, and their modulus.

The standard materials testing machine can be used for aerospace components with the addition of an extensometer. The extensometer is designed to measure strain data as force is being introduced to the material. The tensile strain can then be determined by dividing the force inflicted on the machine as measured by the transducer or loading cell.

The goal here is to determine which material can withstand the same range of stress levels the longest before breaking. This is important as aerospace machines are required to handle tremendous amounts of stress under extreme conditions.

Due to tensile testing procedures, the Aerospace industry was able to come up with innovations for the application of certain materials which include:

As one could observe, these innovative materials possess qualities aside from high tensile strength and modulus. These were determined by standard tensile testing procedures conducted under specific parameters. Due to their performance, these materials can be seen used in components that are used in modern aircraft and spacecraft.

Due to the increase of usage of composite materials in the aerospace industry, the focus for tensile testing changed from just mere functionality and applicability but also strength. After all, aircraft are at their most vulnerable when on the air and thus need to maintain functionality even under stress long enough to get back on the ground.

Aside from tensile testing procedures, the aerospace industry has also come to rely on impact testing. By dropping a ball or die from a certain level to the sample material, the test will determine whether or not that material can maintain form, functionality, and integrity even if struck by debris.

It is important to note that the atmosphere contains physical hazards in the form of debris. Materials no smaller than rocks or pebbles hurtling at high speed can inflict tremendous damage to aircraft depending on where it hits.

Thus, through tensile and impact testing in conjunction with high-speed cameras, testers can determine how materials react to being inflicted with physical damage on a flight. Testers can observe the formation and behavior of indentations in the surface area as well as the propagation of fractures when subjected to further tensile stress.

Using these tests, one can determine the durability of materials as well as determine when they should be replaced to prevent further breakage.

When designing aircraft, the designer must understand how materials react to fatigue under specific situations. To be able to predict how fatigue manifests itself in the aircraft will also help in the formulation of maintenance plans to keep each component in its best possible state.

To determine this, there are some tests that can be performed, which will include:

In as much as the aircraft must be structurally stable, the comfort of both pilots and passengers should also be considered given that flights take several hours to complete. For this, specific tensile testing procedures were developed to test materials like foam and foam plastics.

These tests were designed to gauge how foam performs in terms of heat insulation, sound absorption, and cushioning. Aside from this, the tests would also gauge how long softer materials can maintain their form and consistency before they need to be replaced.

The examples above are just some of several breakthroughs made by the Aerospace industry with the help of tensile testing. What these contributions simply state is that tensile testing procedures have played a part in the development of aircraft and spacecraft.

From the strength of the materials to the very design of the vehicle itself, tensile testing has had a hand in ensuring the best possible level of safety, durability, and stability in every part of the machine.