The List of the World’s Most Popular Dating Apps 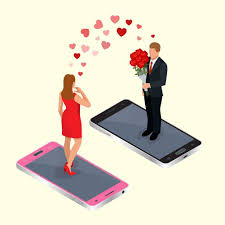 The Internet has become the best medium to exchange their opinion and to express their love towards a new partner.

There are various dating apps available in the world but few of them are highly popular. Tinder is way ahead of others. This is the highest-rated dating app in the iOS app store and 86 percent of the entire 165 countries. Due to its huge user base and quality service, it has become one of the most popular apps in the world. It has given a broad platform to people to chat and exchange emotions with their partners around the globe.

Tinder was first launched in the year 2012 and quickly got popular. At the present time, it has almost 50 million users and it has become the most suitable app for people who are really looking for their sweet partner. It has a record 26 million matches per day and there is no app as successful as Tinder in terms of dating apps at the present time. Users from almost 190 different countries use this outstanding app and in this way, it has become the most interesting app in the world that provides a great space to make the matches. Apart from these features, this app also supports 40 languages around the world and this is the reason, it will be very easy to interact with people from different demographic divisions.

According to the website of Badoo, it has almost 500 million users around the world but some people still skip downloading this app. Therefore, the actual user of this app could be a little different from the number that has been given. Due to its smooth process, it has become one of the most used dating apps. There is a simple term and conditions are involved to chat with others. In this way, it will be a little stressful while doing any type of additional chatting exercise with this app.

Apart from these two, there is also another popular app Bumble is here that has occupied the third position in terms of popular dating apps in the world. The origin of this app in the USA and the users around each country use this app to express their love and affection to others. It has a huge user base which is 42 million and it has been one of the most preferred dating apps in the world among people.

Apart from these three, there are also a number of dating apps that have several millions of user bases. They are categorically making great contributions to connect people with each other without any demographic barrier. In this regard, it would be very much easy to get the best things done while making sure that you has rightly chosen your favorite dating app.