The Main Differences between Streaming and Live Streaming 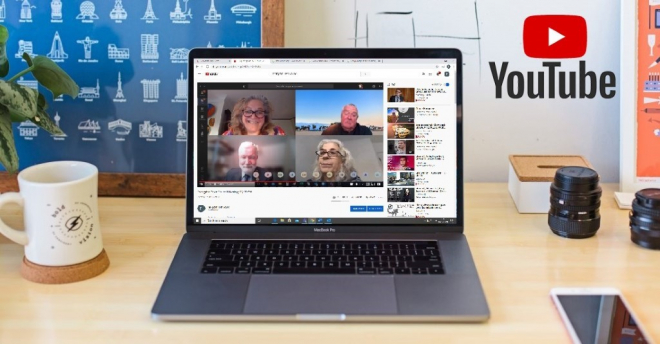 The term 'streaming' has been used for different new technologies as they’ve been developed.

However, it can be a little confusing for people who are still new to it. To clarify things and remove any potential confusion, here are the main differences between streaming and live streaming.

Streaming refers to audio or visual media that’s sent continually as a stream of data once the connection is made. The internet is used to send and receive the stream. The idea with streaming is that it’s no longer necessary to download a huge media file and then watch or listen to it once completed. By using streaming instead, a small part of the content is streamed, buffered, and then will be playable.

Streamed content doesn’t necessarily mean it’s pre-recorded or that it’s being broadcast live; it simply means that the media is being sent over the internet as a continual data stream that an app or a TV (or another device) can use and play in real-time.

What is Live Streaming?

Live streaming is sometimes just called ‘streaming’ but it is a sub-category of it. With live streaming, this is a broadcasted stream that’s happening in real-time. It is being captured using microphones, webcams, or other equipment to provide an audio or an audio/visual media product direct to your TV, laptop, tablet, or phone.

Listening to a Live Stream

It’s best to connect to a livestream while it’s ongoing. Depending on the live stream provider or the platform it is feeding through, sometimes you could access an earlier part of the livestream if you missed its official start time.

In which case, you’d be listening to a recording of the earlier part of the livestream and could continue to do so until it’s over. Alternatively, you can just catch the live stream where it’s at now, continue until it's concluded, and then go back to listen to the parts you missed earlier.

Not All Live Streams Can Be Rewatched

Some live streams don’t provide the option to watch the missed parts or to replay them later. The live stream may be offered in a packaged, edited, or truncated version in the future. Therefore, it’s always best to catch the stream while it's live.

An HD webcam is needed to stream video content over the internet. There are now special streaming webcams designed for this purpose. Webcams now go up to a 4K video format. This would require a fast internet connection to stream such a large video format. Streaming in 1080p is more common currently and there are plenty of webcams to choose from that provide this functionality.

The frame rate of the video capture is also important. Many webcams only capture at 30 frames per second, especially at their highest resolution. If you’re wanting to stream, then you’ll want a higher frame rate to avoid it appearing choppy to some stream viewers.

Don’t get caught out in the differences between live streaming and regular streaming. Verify whether the stream is live and if you’ll have the ability to replay it later, or not. With pre-recorded media, they can usually be watched at a time of your choosing.