The Next Generation of MMORPG’s Could Be Close 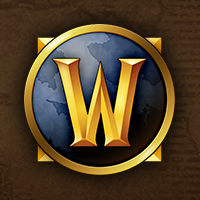 After spending a year trapped inside, finding a way to escape has certainly been at the top of the list for many.

This why gaming has continued to succeed over this period of time, whilst many of the favourites have been in genres like casinos found here with a host of new features, announcements of new games have been just as exciting for the growing gaming industry, and one of the biggest escapism opportunities in the MMORPG genre could expand further after nearly a decade of difficulties for the genre which was once the biggest in the world. But which are the new games that could turn things around?

Riot Games own MMO – As the studio behind two of the biggest esports titles in the world of League of Legends and Valorant, Riot certainly have the experience to publish a world class title, and with millions of players invested in the universe they’ve developed any new title will be bound to succeed. There’s little known about what the potential MMO could offer as it hasn’t started development just yet, and it does also mean that fans will have to wait years to even see an announcement of the game, but when it does land it will almost certainly be a big hit.

Palia – Recently announced by some former Blizzard and Riot MMORPGs, Palia looks to deliver something new to the dedicated MMO market. A more social game that looks to double down on what has made games like Stardew Valley successful, and with some alpha footage soon to follow it may not be all that long before this game hits the market. It won’t be for everyone, with no combat or traditional grinding in that sense it will be a new experience, but as a way to escape and find a new MMO experience, this will certainly be an exciting option for those looking for something different.

Ashes of Creation – One of the more ambitious names to make the list, hoping to deliver on some of the biggest features that have made up the biggest games over the years and combine them all in to one. It has been in development for quite a while, and the recent pricing of access has deterred some hope but there’s a lot of excitement for this game too. It does lean more in the traditional scope of what an MMO title is, but with uncertainty around the future possible release date could mean it’s further away than some had hoped.

There’s certainly a bright future ahead for the genre that was at one point a big favourite, but as gaming trends have changed the time investment required for these games has become difficult for the core audience, perhaps these newer options could change that perception once again.