Read on to find out the top old school games that are finding a new lease of life online.

While the global gaming industry relies on constant innovation to survive, it is also keenly aware that nostalgia is one of its most valuable currencies. That is why people line up around the block to purchase re-mastered versions of video games from yesteryear, such as GTA: San Andreas, Crazy Taxi, or Sonic Adventures.

The value of nostalgia to the gaming industry is perhaps most visible in the world of online gaming, where some of the most popular activities involve playing digital versions of old-school analogue games from days gone by. Read on to find out the top old school games that are finding a new lease of life online. 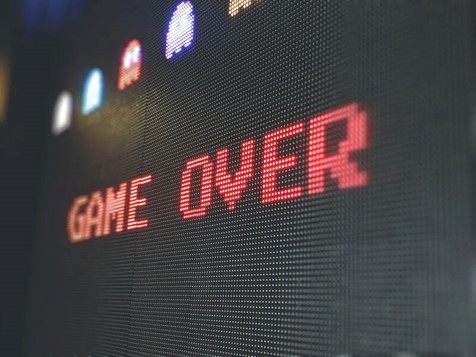 Board games have been a stellar entertainment choice for centuries now, and remain just as popular as ever. One factor behind the record resurgence of board game sales is, of course, the internet, which has helped to connect new generations of gamers with some of the classics of the genre. You can play pretty much any classic board games you can think of online for free, including Cluedo, Battleship, Monopoly, Risk, and Scrabble.

Bingo has been around for hundreds of years now, and bingo halls are still a fixture in towns and high streets up and down the country. However, much of the game's popularity has moved to the digital realm, with online bingo games on major platforms such as Buzz Bingo now attracting huge amounts of regular players. These online bingo games have all of the advantages of the original version of bingo, including real cash prizes, with the added benefit being that players do not even have to leave their living room to play.

Retro arcade games predicated gaming as we know it today and created the first-ever mass market for electronic games. As such, the early generations of arcade games tend to have fiercely loyal and passionate fanbases to this day, with huge numbers of fans taking advantage of online platforms that allow them to play their original favourites for free. There is now a huge number of online game sites that allow you to play unlimited amounts of classic arcade games such as Doom, Pac-Man, Time Crisis, and Street Fighter, all without the need to insert a coin in a slot.

Unsurprisingly, there is a huge market demand for early-generation video games that left their mark on popular culture. We're talking about those games that were first published on pioneering consoles such as the N64, Sega Genesis, Gameboy, or Atari 5200. These are the consoles that launched some of the biggest franchises in video game history, such as Super Mario Bros., Sonic the Hedgehog, and Metal Gear Solid. This is also why it was inevitable that some enterprising individuals would make the earliest versions of these games available for anyone to play online, free of charge, of course.

Sometimes, the best games are those old-school classics that remain entertaining, no matter how many years pass by. If you would rather keep it old-school, you can play to your heart's content without ever spending a penny.