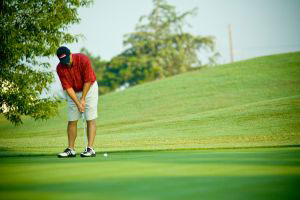 Sports is one of the biggest industries in the world, the number of sports to choose from, to watch or play, is almost endless.

There is never a dull moment in the Sporting industry, statistics predict that over 160 million viewers will watch a live sporting event on television by the year 2024, per month.

Viewers are also able to stream sports from their mobile devices, making it accessible to even more people globally. Furthermore, many of these favorite sports have become widely available as online games, fans can become their favorite sports player and play games from their mobile devices. For all the sports fans out there, below is a list of some of the top sports, including top viewed, in case you are not sure where to start looking or playing.

Also referred to as Association Football, or Soccer, is a team sport where two opposing teams need to score goals by getting the ball over the goal line, each team gets a goal line at opposite ends of a pitch (field). As one of the most popular sports, Soccer is played in over 200 countries, and with billions of fans it is easy to find a soccer game online or in-person. FIFA (International Federation of Association Football) is the recognized governing body for football and soccer.

Cricket is played by two teams with a bat and a hand-sized ball. Players use a pitch in the center of a field, with each team getting a chance to bat and score runs. The opposing team tries to stop the ball from leaving the field while the batting team runs between two wickets on the pitch. The ICC (International Cricket Council) is the recognized governing body for Cricket.

Basketball is another team sport where each team needs to get their ball in their hoop before the opposing team gets the ball, and shoots the ball into their hoop. The sport is played on a court, inside or outside, and requires agility and focus to keep the ball from getting into the opponent’s hands. Basketball has also become a popular fantasy sport with the players drafting real NBA players. The NBA (National Basketball Association) is the most popular Basketball league worldwide while FIBA (International Basketball Federation) is the recognized governing body for Basketball globally.

Baseball is another bat-and-ball sport, there are two teams referred to as batting and fielding (the player is called the pitcher) teams. The fielding team throws the ball to the batting team, who hits the ball into the field. While the fielding team retrieves the ball as quickly as possible, the batters run around four bases, touching a home plate at the end of it to score a run. The team with more runs will win the game. The WBSC (World Baseball Softball Confederation) is the governing body for Baseball worldwide.

One of the most popular team sports in the United States and Canada, Football is played by an offense and defense team; the offense team needs to keep the ball on their side, heading to the goal post at the end of the field, while the defense team tries to get the ball for the goal post on their side. The ball is held and passed on to each team member while running. The NFL (National Football League) is one the top Football leagues in the United States and the sport itself is a large part of American culture.

Golf is a one-player or team sport, where a ball is hit into various holes with different golf clubs. The game is played on a golf course, which can vary in the size and type of terrain making it more challenging and technical. Golf first started in Scotland with The Open Championship being the biggest professional golf tournament since 1860. The global governing body for Golf is the R&A and USGA (United States Golf Association) is for the United States and Mexico.

While there are more sports to choose from, starting with the top globally recognized sports will provide extensive results for online gaming and streaming - visit this website for even more online sports.