Then and Now: The Digital Evolution of The Japanese Gambling Industry 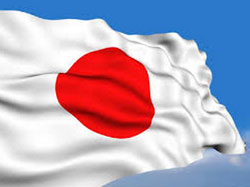 If there is one culture that had the most impact on today's gaming industry, that is Japan.

Everything big that happened in the gaming world can be traced back to Japan, including the first gaming console, Nintendo's Famicom, and some of the most popular games in the history of gaming, such as Super Mario Bros, Pac Man, Space Invaders, and The Legend of Zelda. Those who own a PlayStation, or any kind of console, for that matter, have the Japanese to thank as well.

Japan's gaming culture continues to influence the global industry today, with some of the best games of the past decade being created by Japanese developers. Some examples include Sekiro: Shadows Die Twice, which earned Game of the Year in 2019, NieR: Automata, the Dark Souls series, and Final Fantasy XIV.

From Space Invaders to Pachinko

Everyone, gamer or no gamer, knows a thing or two things about Japan's contribution to the gaming industry, but you don't often hear anyone talk about their influence on the world of casinos. Because the country gives out a more work-oriented vibe, some assume gambling does not exist at all inside Japan, but that's actually wrong.

While it may look different from what we are used to in the West, Japan's gambling industry exists and is more alive than you ever thought. We have slot machines, the Japanese have Pachinko, and even though you may not have heard of these machines, Pachinko parlors in Japan have generated alone, in 2015, more revenue than Las Vegas, Macau, and Singapore's casinos combined. That's a lot!

With this in mind, we think it's worth taking a look at how technology helped the casino market in Japan evolve to be one of the biggest in the world in terms of revenue, despite their unusual approach on gambling games. From Pachinko to today's digital slots, here's an overview on how the Japanese gambling market evolved throughout the years.

A brief history of Pachinko

Today's Pachinko industry makes over $200 billion and has become such a huge part of the Japanese culture that it now accounts for 4% of the country's GDP. This is impressive, considering the fact that these machines started out as children's entertainment.

Pachinko parlors are a lot like western arcade parlors in the '80s and '90s – loud, crowded, and full of color. The concept of the game is pretty easy to understand as well – you have a ball that gets thrown on the board, then you use the pins to guide its trajectory. The goal of the game is to direct the ball towards the reward spots and collect points.

When Pachinko first appeared, it was made out of wood and was imported from Chicago. It was the year 1924, and the kids played it to earn candy and various other prizes. The kids were calling the game Pachi Pachi, due to the sound it made, and that's where the name Pachinko came from. In 1936, the industry skyrocketed in Japan, but all Pachinko parlors were closed to preserve materials and manpower for WWII. Almost 20 years later, however, there were over 387,000 pachinko parlors throughout all of Japan – that's three parlors per square kilometer.

Pachinko players are no longer kids, so manufacturers needed a way to keep these games relevant, especially in Japan, where technological advancements are otherworldly. As the year passed and technology evolved, so did pachinko machines. Nowadays, you can find them coming in various forms, with lots of popular themes included in the game. Pachinko fans nowadays can play games inspired by Japan's gaming industry, featuring Zelda and Mario, but also inspired by western pop culture, with Star Wars-themed machines all over the country.

By combining technology and modern culture with such a classic game, the Japanese managed to keep Pachinko popular and entertaining even after nearly 100 years since it first appeared.

Pachinko may not be a popular game in the West, but it sure was the inspiration, both technologically- and story-wise, for a lot of the casino games we love to play now. In fact, some of the most popular casino games at Mystino, a Japanese-focused gambling website, are inspired by Pachinko.

Slot games are known for many things, but not for their complex storylines. Well, that changed in the past years. Taking inspiration from Japanese RPG games and Pachinko, casino game developers have started producing more complex games that feature complete stories, various modes that unlock impressive rewards, and content that can only be unlocked if you level up. This made slot games more entertaining and engaging, keeping players pinned to their screens for hours in a row.

Today's technology makes it much easier to develop games that appeal to all kinds of users. Do you like music? There's a slot game for that. Are you into ancient history? You'll find hundreds of historically themed games at your favorite online casino. This makes these games the absolute combo between earning rewards and doing something enjoyable. We are looking at Mystino again as an example. All you need if you want to take advantage of a huge Mystino casino bonus and popular fun games is to open an account and make your first deposit. Then, you'll get to enjoy a complete experience from the comfort of your own home. It's amazing where technology has gotten us.

When asked why they don't play slot games, avid gamers say these games are just too simple to attract their interest. But there was a fine line between gaming and gambling, which is now blurrier than ever. Still, as many AAA games have started including microtransaction into their world, gambling has started gaining a new meaning among "serious" gamers. Take GTA Online, for example, where players are allowed to gamble by entering the game's virtual casino.

With new emerging technology such as VR and AI, the online casino world will change even more, making these games more attractive than ever for a large variety of people. And, even though Japan still has stringent rules in place for the type of gambling activities that are available in the country, we can't deny its influence on both the casino and gaming industry as a whole.