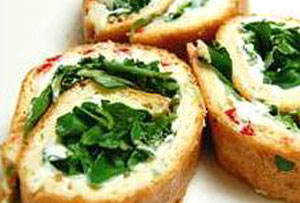 From 19th â€“ 25th May it is National Watercress week. The recipe below is a perfect watercress recipe that can be served as main course or a starter.

For the Egg Roulade

This recipe is from www.recipes4us.co.uk