Tips for designing an app for Apple Watch 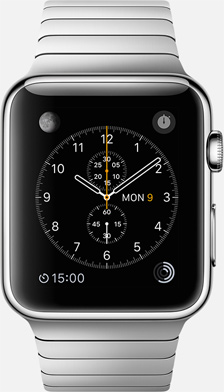 The Apple Watch, originally released in 2015, is becoming a must have accessory.

But what does this mean for businesses and entrepreneurs wanting to build an iPhone app? Can you design an Apple Watch app instead and what factors come into play? Set out below are the top factors for designing a successful app for Apple Watch.

Capability of your developer

The Apple Watch is a relatively new technology compared with smartphones, with the iPhone released 8 years earlier. A powerful device, the Apple Watch has experienced a number of major upgrades since its release, resulting in new features which can be utilised by developers.

While the Watch runs watchOS, which is similar to iOS for iPhones, there are several elements that are unique to creating a watch app. This means that it is important to identify a skilled app developer that has experience working with and supporting watch apps.

There are a range of ways to do this. Review websites, such as Clutch, provide lists of top wearable app development companies in your area. You can also identify companies that are part of the Apple Consultants Network. This Network comprises hundreds of independent companies that offer solutions and services based around Apple products including iPhone and Apple Watch, such as Wave Digital.


There are a number of technical and design considerations to be made when developing for an Apple Watch. The first challenge is providing a user interface in such a limited space.

Apple provide a pallet of controls that can be used to build the user interface. These are similar to the buttons and labels that are used in regular phone app development but careful consideration is needed to construct a functional and appealing design in such a small space. Again, finding a designer with Apple Watch experience is an important consideration.

To overcome the limitations of the on-screen user interface, voice control can also be used. Apple has some excellent features in this area including the ability to take calls on the watch and to interact with Siri.

As well as these built-in features, it is important to consider how voice technology can be utilised when designing an Apple Watch App. This includes voice recognition and text-to-speech capabilities. These technologies, when combined with on-screen user interface elements, can create a total user experience that takes advantage of the watch’s capabilities but more importantly makes the watch app a pleasure to use.

One final point. Yes – you do still need to design and develop an iPhone app as watch apps are always associated with a counterpart iPhone app. Although the watch app can run independently (later generation devices have access to mobile data) they are always bundled with an iPhone app. The iPhone app can be simple. While the Watch and iPhone apps usually work together, the phone app can exist only to configure and install the Watch App.

As wearables become increasingly popular, it will be important to discuss with potential app developers the benefits of creating an app for the Apple Watch. Understanding some of the factors involved including specific technologies will ensure those looking to build an app identify a supplier with the experience to deliver a quality product.