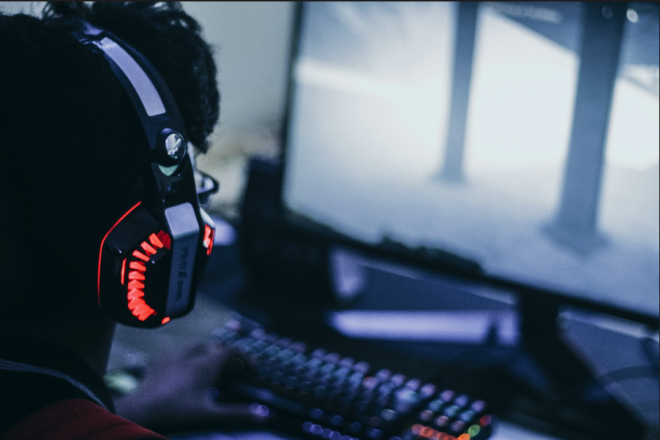 The three most popular multiplayer online game types that are being played right now.

Online gaming has taken the world by storm over the past few years, 10s of millions of people play them every day and their popularity is still growing. One of the appeals of online games is the variety of different game types there are. No matter what you’re looking to play, there’s an online game for you. We’ll be looking at the top three most popular types of online games being played right now.

First-person shooters or FPS games have been around since 1992 with the release of Wolfenstein 3D on the PC. 30 years on and the core concept remains the same - you play from the point of view of the main character, and your main objective is to shoot everyone in sight! FPS games are popular both as single-player and multiplayer games but it’s the multiplayer games that have increased in popularity over the years.

Games like Call of Duty were famous for their online multiplayer modes where people would play against other players over the internet. Their ranking system made the game super competitive as players would try to earn their way to a “Prestige” rank and become the envy of their friends.

Counterstrike, otherwise known as CS:GO, took this multiplayer FPS concept and became one of the most popular online games of all time. Built on top of a fantastic engine, the more thoughtful gameplay as well as a business management element made for a compelling combination. Despite being launched in 2012, it still has over 25 million active players 10 years later and is the game of choice for a variety of different esports tournaments.

Otherwise known as MOBA games, these are a subgenre of strategy games where two teams of players compete against each other to complete objectives on a map. Players control a single character, each with distinctive abilities that complement each other and contribute to the overall strategy of the team.

The first recognized MOBA, that wasn’t a fan-made mod, is League of Legends. Launching in 2009, League of Legends is still one of the most popular MOBA games to this day. Another name heavily associated with MOBA games and competitions is Dota 2, launching in 2013. While both are similar games, there’s less emphasis on fixed strategies in Dota 2, as characters aren’t railroaded into specific roles.

Both games are huge parts of the esports community, with the MOBA genre as a whole being responsible for 40% of the total esports prize pools for 2018 (over $60m in prizes!). The tournaments that run these games have gotten so popular, that the public can bet on the outcome of the winner. These online casinos have seen the huge rise in popularity that esports had over the 2010s and added them to their sites. In places where brick-and-mortar casinos aren’t available, such as the Middle East, the top sites offer sports betting that allows punters to bet on esports results, as well as a variety of online games such as blackjack and slots. These sites recommended by the experts on this platform offer a wide range of games for their players, so you’ll be sure to find something you enjoy. The sites also feature fast and secure payment options with great customer service, so you can be safe in the knowledge that your money is in good hands.

Developed by Epic Games in 2017, Fortnite has become one of the most popular games of the past five years thanks to its battle royale mode. Its main competitor, PUBG, was released the same year and is a grittier take on the genre compared to Fortnite’s more cartoonish art style. The premise of the game is simple; put 100 players in an arena with a large variety of weapons, then shrink the size of that arena to force players to interact with each other, and the last person standing is the winner.

The inclusion of the shrinking map is of vital importance to the game’s success. If the game map remained the same size, there would be no incentive for other players to seek each other out - each player would remain on the other side of the map waiting for each other to come into view.

While these games are free to play, each game has its own, built-in currency system that the players can use to buy cosmetic upgrades to their in-game characters. Despite not being able to upgrade the actual performance of your character, these cosmetics are extremely popular and are the basis of how games like Fortnite make their money. In 2020 alone, Fortnite saw a yearly revenue of $5.1 billion!

With the majority of these games being free to play, there’s never been a better time to play them yourself and see why these games have become so popular.