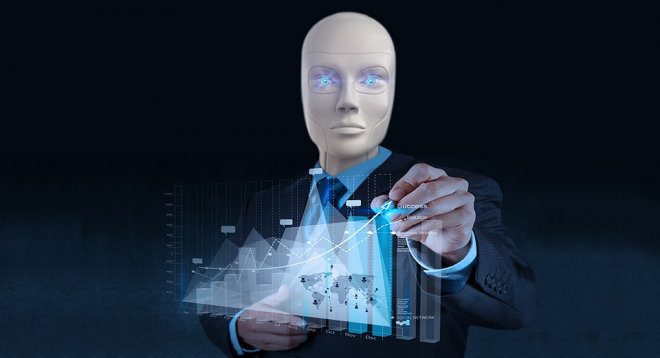 While being outside the scope of the IT sphere, some people do not always have a clear idea of what testers do and what the automation is for.

Those who believe that AI will soon come and leave everyone out of work are completely mistaken.

Automation of testing is one of the youngest fields in the IT-sphere, a mixture of programming and testing. Automation came as the aid for manual testers and allowed to make a consistent process out of routine without the direct participation of a specialist. Automated testing is relevant for checking the quality of mobile and web applications, API, and console applications.

It seems that much has already been written and shown, but it is still difficult to understand where the truth is and where the lie is. There is no complete understanding of what benefits companies are received from automated testing. The introduction of automation with a wrong understanding of its nature may lead to unsatisfactory results, and this, in its turn, to even more failures.

It is hard to deny that automation is the main trend in the testing now. Today, however, it is impossible to achieve 100% automation in testing. All automated test sets require human participation, at least if it is just a matter of getting results or correcting faulty tests.

Hope you understand that automated testing won't replace manual testing. It doesn't really make any sense. The greatest profit is achieved with the synchronous cooperation of both types of testing at the same time since no one canceled the human factor. So automation can save testers from routine activities but not replace them.

Myth 2. Automated test is faster as it does not require human intervention

First of all, all automated test suites require human intervention. But, of course, each particular test is performed very quickly, especially clean unit tests, when all tests are performed locally. Tens of seconds for Selenium tests - nothing compared to manual testing. But when the number of tests is significant, these tests start to perform quite slow. If you launch all tests at the same time - they begin to slow down the development process. By the way, tests can be significantly accelerated by investing in the iron.

This illusion may eventually lead to the disappointment of an unprepared person. Surely, some mistakes can be avoided thanks to automation, especially when employees are assigned to perform an extensive list of tasks. But the number of other mistakes is growing. To eliminate such errors, automated tests must be reviewed regularly. And after running the standard set of tests, manual testing must be performed if there is time and necessary. Because what seems suspicious to a person will never be tested by a computer unless it has been programmed for this. Thanks to automated testing, there will be more code coverage, and nothing will be missed, but often scripts may also contain errors.

Testers must be able to find defects not only in software products but also in processes. Looking through the processes of automation testing objectively, you can detect traps that make you doubt the iridescent image of testing automation.

We cannot talk about automation as a replacement for manual testing -combine both types of testing!

This myth is usually identifiedby the project manager, who calculates the budget during the initial planning with the aim of saving money.

Don't forget that the cost of automated testing consists of several parts:

It is fair to say that the cost of automated testing is extremely high at the beginning of automation implementation in the testing process. But after some time, the right use of automation can save you money.

That's not exactly the right statement. Test automation simply automates the process of running tests that do not necessarily improve software quality. Automation does not directly change the software quality. Specialists in automated testing only check the product for compliance with requirements, and programmers make corrections in the code when any bugs are detected. That is, the whole team influences the quality of the product in general. Besides, we cannot ignore the fact that the customer's notion of quality may differ from that of the development team. Quality is defined as the degree of satisfaction with something. To try to predict user satisfaction, there is such type of testing as usability testing. At present, it is complicated to make a detailed assessment of the fact that automated testing contributes to quality improvement.

You should always be careful about automation testing. The secret of making automation testing a good investment is to think first about software testing in general and, secondly, its automation. Automation is just a means to produce flawless software and keep the software's quality under control. Automation can be both useful and useless. However, if you know about all the myths and apply best practices in automated testing, there will be no cases where testing automation will fail.