Top Earners from the Booming World of eSports 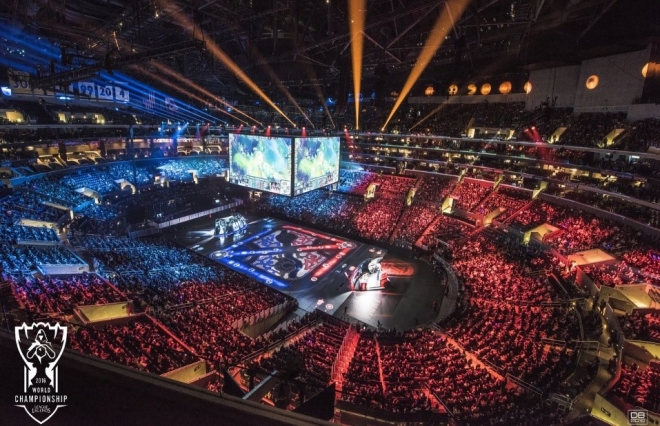 The last two years have been nothing short of a disaster for sport fans due to obvious reasons.

Live sporting action dried up as major tournaments and leagues across different disciplines of sports came to a screeching halt or were cancelled or postponed indefinitely. But one area thrived during this time- eSports.

Touted to be the next big thing in the gaming industry, eSports is now a clear departure from the gaming arcades of the 80s. Decades of slow and steady growth kept it going but its trajectory clearly took off during the pandemic when streams of people took to gaming and watching the pros play-- to compensate for the void in live gaming. Some found it to be a welcome distraction from the stressful pandemic situation unfolding in front of them.

No wonder eSports have seen a meteoric rise in these years, quickly evolving into the most happening category in gaming, watched by an audience of roughly 475 million. If this Statista report is any indication of things to come, the eSports market is going to continue to grow at an unprecedented scale, with the audience size all set to touch a whopping 575 million in just three years. That’s massive.

All this growth wouldn’t have been possible without the support from game publishers, celebrities and influencers, sponsors, leagues, professional gamers and content creators that form the ecosystem of eSports. For the sake of this article, let’s look at some major titles dominating the scene and some players who have become filthy rich thanks to their gaming prowess.

Billed as the best of the best, Dota 2 has grown into a phenomenon in the world of eSports. This multiplayer online game, where two teams of five members each fight it out to conquer each other’s base, is challenging the status quo of gaming by constantly putting out content and experiences that never appear to age out of relevance. The biggest showdown, Dota 2’s the International, is all set to take place in Romania’s largest stadium this year, where top teams from all over the world will be in action competing for glory and some serious coin. Currently in its tenth edition, this is the most lucrative of all esports in the world right now with some of the finest global talent battling it out for a good chunk of a huge prize pool of $40 million. According to esport-masters, Johan Sundstein, well known as N0tail in the circuit, is sitting atop the list of highest-earning pros in this circuit after his successful exploits with team OG which won the 2019 and 2019 editions of this prestigious Dota tournament.

For a game that has been around for almost ten years now, CS:Go is not quite in the same league as Dota 2 yet but with more sponsors lining up, and more pro players signing up to play for top leagues, a lot of things are starting to happen in this front too. And the ultimate FPS game is certainly catching up. The Majors is still the pinnacle in the competitive circuit of this game, which usually sees teams like Astralis, Fnatic pushing the envelope to outdo each other. Peter Rasmussen, the Danish pro who goes by the alias dupreeh, has surely got to be right up there in the top earners list in the CS:Go circuit, with his CS:Go prowess earning him almost $2 million. He’s not finished yet and is raring to go in this year’s majors to be held in Stockholm.

Overwatch, which announced itself on the eSports scene with a bang in 2016, has already established itself on the eSports scene. Rising through the ranks in these five years, this game has made a mark for itself in the FPS circuit too. There’s a growing appetite in the USA and Europe for the highest level of Overwatch, with successful city-based franchise emerging, pro players scoring some huge sponsorship deals, and a lot of eSports fans swarming over to arenas and streaming platforms to catch a glimpse of their favourite teams and players in popular tournaments such as the Overwatch League. The South Korean pro Kim “Rascal” Dong-jun, who was snared by the Philadelphia Fusion early in the year after spending time as a free agent following his release from the San Francisco shock , has had an illustrious career playing Overwatch at its highest level. With over $330k in prize money, salary and sponsor deals so far, he’s currently the highest earner in this eSports category.

For many years the fantasy battle game League of Legends (LOL) was under the radar for many people, but not anymore. Brands and sporting franchises regarded LOL as a game that people play in their basements but that view has changed and how. The audience viewership has exploded in recent times particularly during the pandemic where millions of people spent hours watching a fierce faceoff among their favourite LOL teams in last year’s world championships. Top LOL esports teams face off in these marquee tournaments where there is a lot of money on the line. Surely not as much as what’s at stake in global Dota 2 or CS:Go competitions and leagues. But the League’s most successful player, Lee Sang-hyeaok, who goes by the name Faker, has minted more than $1 million in winnings alone, thanks to multiple world championship titles and multiple finishes in the top three.

eSports, despite being an unconventional form of sport, has reported some impressive numbers in viewership in recent years, less than only football. Millions of followers of different game titles tune in to watch major league finals which sees fierce rivalry between a bunch of pro teams from all over the globe. The competition is really exciting and intense, making for an excellent source of entertainment for the ones tuning in. There is a lot of money involved with multi-million dollar deals, attractive sign-on bonuses, a regular fixture in today’s circuit forpro. But ask any professional and they’ll tell you it’s just not about the bragging rights of the prize money. There is more to play for. It’s about achieving greatness and creating their own legacy in a world which is shaping up to be exhilarating for everyone involved, from players to viewers and franchises to sponsors.