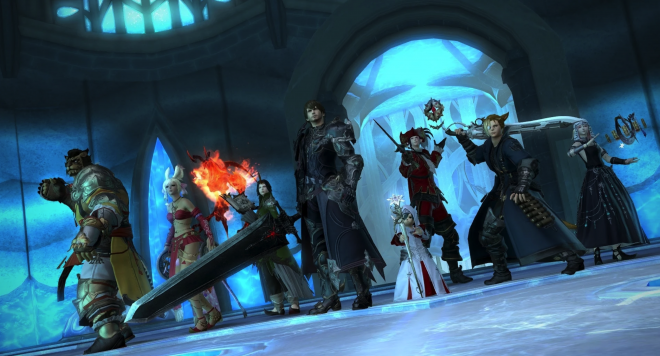 Below are ten free MMORPGs that don’t require a subscription fee and offer a great (or even better) gaming experience than the paid ones.

There’s no doubt that massively multiplayer online role-playing games have taken over the gaming industry. Each game presents you with a different but thrilling adventure, from battling hideous monsters to running through mysterious dungeons, you name it.

However, most of these games require players to subscribe at a fee right from the get-go. This may not give you an opportunity to test out a game and make an informed decision on whether you like it or not.

Below are ten free MMORPGs that don’t require a subscription fee and offer a great (or even better) gaming experience than the paid ones.

While its title sells it out as a sequel game, Guild Wars 2 is an entire game on its own.

The game features twisted adventures that are guaranteed to keep you glued to your screen. It’s no surprise it sold over 2 million copies within the two weeks after its release.

One great thing about this game is that it is based on a storyline that is responsive to the gamer’s actions. So, basically, it is your choices that will determine how the game’s storyline will unfold.

In Guild Wars 2, gamers create a character from five races and eight professions.

Although the game is free, paying for an upgraded account unlocks many features that will give you the upper hand in the game.

This game has made a name for itself in the free MMORPG industry because it features an active combat system but still retains the idea of a massively multiplayer online role-playing game. The game presents several activities such as player vs. player action, questing, crafting, and more.

The best part of this game is the third-person camera view. This is a viewpoint rendered from a fixed distance, either above or behind a player’s character. With this view, a gamer can see and control their character better.

This game’s graphics, animation, and general design are like a breath of fresh air. Unlike most MMORPGs that focus on fantasy, this game is focused on martial arts. The game is mainly centered on player vs. environment activities like quests. It also engages the players in player vs. player adventures like battles.

In this game, players get to create characters that take on adventures such as completing quests given to them by different non-player characters.

Like TERA, this game also features a third-person camera view. Another exciting feature here is the “Downed” mechanism that enables gamer characters to recover from the brink of death.

This is another free-to-play MMORPG that has surpassed people’s expectations. It’s no wonder it attracted about a million viewers on Twitch even before it was fully released.

In the game, players begin by creating their characters and then completing the storyline to reach level 50. This level unlocks tons of challenges like dungeons and raids, making the game even more exciting.

Like many other MMORPGs, the currency (Lost Ark gold) plays a vital role in the game. For example, it helps you access gear upgrades, making your experience more exciting.

Path of Exile is the perfect definition of what a great MMORPG is. It features everything you could think of, from excellent character customization to top-notch graphics, you name it. For most players, it’s quite difficult to believe that it is a free-to-play MMORPG.

The game takes place in a dark fantasy, which is kind of spooky, but that is where the fun lies.

In the game, the player leads their character through different adventures and activities like going through caves and dungeons and completing quests assigned by non-player characters.

The game takes place in a zoneless world with a third and first-person view. Most of the game zones are focused on the player vs. player element. Gamers can freely attack other gamers who are members of other opposing factions such as the West, East, or Pirate.

ArcheAge’s crafting system is quite extensive, which is a good thing because players are more likely to find something they like. Gamers can specialize in crafting items like vehicles, equipment, and furniture.

This game adds a whole new feel to its predecessor, MapleStory. As you’d expect, it offers a new gaming experience while retaining the idea from the original version.

MapleStory 2 features everything new, from 3D graphics to more enemies and more! Unlike the original version, this game also has the third-person view, which, as you may now know, has a lot of perks.

In addition to the customizable armor and weapons and the leveling system present in the game, there’s also a special feature called the Battle Royal mode. Here, a couple of players with minimal equipment battle to eliminate each other and be the last one standing.

This one-of-a-kind MMORPG combines the player vs. player and player vs. environment elements to make an exciting and thrilling game.

Its player vs. player vs. environment element takes place within the Balaurea and Abyss game zones. The main task here is battling against players from other factions and non-player characters to control the castles in these zones.

This game is unique when it comes to classes. Unlike most MMORPGs requiring you to choose one class and stick with it throughout the game, Aion allows you to change your class as you progress.

Are you fascinated by space? Eve Online may be the MMORPG for you. This game is very detailed when it comes to player interactions. Gamers get to interact with warfare, unscripted economic competitions, and so on.

In this game, players begin by creating a character. Unlike most MMORPGs, Eve Online allows players to create three different characters.

Once you create your character, you get to do fascinating activities such as piloting your vessel in the stars.

This isn’t your regular fantasy MMORPG. The developers of Skyforge combined fantasy and science fiction to create this killer game.

In the game, players assume the character of an immortal with strong powers whose role is to protect the planet of Aelion from dangerous invaders.

One unique thing about this game is that its character progression isn’t level-based. Instead, it has a prestige system that allows gamers to progress based on the sum total of their progression and stats.

The game also allows players to switch between 17 different classes rather than sticking to one class throughout the game. This allows gamers to have a different gaming experience each time they change classes.

Free-to-play massively multiplayer role-playing games allow players to experiment with different games to decide the perfect one for them before digging into their pockets.

However, remember that many of these games only allow you to experience the basic features when playing for free. If you want to enjoy the game even more, you’ll have to upgrade your account.