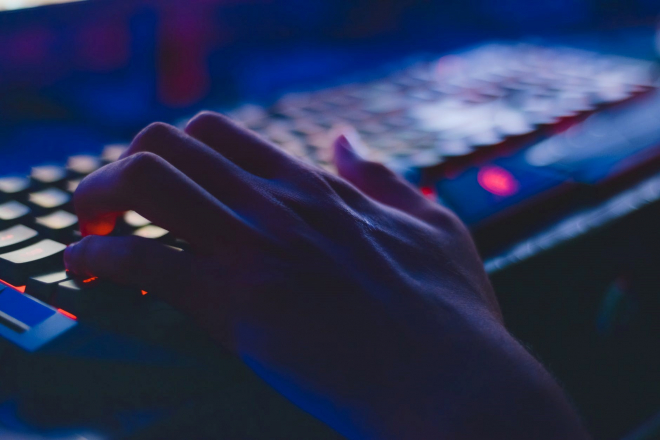 William Hill is arguably the biggest and best-known gambling brands in the world, but how does it use technology to underpin its success?

William Hill is one of the world’s biggest and most well-known betting brands, and one that has been synonymous with the UK high-street for generations.

Of course, the business has become increasingly online-oriented in the wake of the controversial FOBT wagering cap, while it has also been one of the first UK brands to crack the burgeoning US market.

You can find out more about William Hill’s online casino here, but in this post, we’ll explore the technological differentiators that set the operator apart from its rivals.

Benefitting from a Huge and Fast-growing Tech Stack

During this period, the operator also launched in seven new US states, as part of the accelerated rollout of its high-tech online casino platform.

This has definitely helped to propel the brand into the US market, which has proved crucial to its profitability amid an increasingly stringent regulatory backdrop (both on and offline) in the UK.

But what exactly underpins the brand’s superb casino platform? Well, the underlying software has been designed to process billions of requests in real-time everyday, with this type of millisecond latency built on a vast and ever-evolving tech stack.

For example, William Hill’s entire front-end operates exclusively in real-time, having been developed by advanced JavaScript frameworks including React and Saga.

At the same time, William Hill builds its core gambling products using high-end programs such as Scala and PHP, while the open-source Node.js code supports functionality throughout the back-end system.

By investing heavily in its tech stack, William Hill has built a seamless and accessible casino platform that can exceed the expectations of players, affording the brand a keen competitive advantage in both domestic and international markets.

Thriving in the Age of Responsive Gambling

Interestingly, William Hill also works closely with mobile technology providers such as Swift and Kotlin. The former is a capacious and intuitive programming language for iOS and macOS devices, ensuring that the brand’s casino is compatible with iPhone devices.

This is widely utilised to optimise productivity and code various safety elements, and William Hill uses this to underpin its native app on Android.

This is important, as while mobile penetration rates may have stagnated somewhat as the UK has become saturated with smartphones and tablets, they remained as high as 72% during 2020.

Similarly, more than 51% of UK gamblers now wager regularly using a mobile device, with this number expected to increase incrementally as the channel becomes more and more popular.

By recognising these trends and partnering with reputable front-end programmers in the mobile space, William Hill has developed one of the most responsive and easy-to-use mobile casinos in the marketplace.

Ultimately, this enables William Hill to provide a seamless gambling experience across all channels and devices, with this also underpinned by technologies such as HTML5 gaming.

William Hill also utilised advanced tech to stringently test each of its products, including automated programs such as RestAssured, Selenium and Gatling.

These testing systems ensure fairness and transparency for players, while also undertaking basic functionality checks before products and verticals are published online.

Many of William Hill’s most innovative products are developed in the brand’s ‘WHLabs’, which serves as a dedicated experimental division within the operation.

Here, there’s a clear focus on developing innovations that directly enhance the consumer experience, while making this uniquely compelling across the board.

For example, some of the products that emerged from the lab include the iGaming industry’s first Apple Watch-ready app, while the integration of virtual reality and novel in-play betting apps specifically for football and darts also originated here.

Make no mistake; WHLabs continues to deliver some of the most cutting edge industry innovations and experiences, and this trend appears unlikely to change anytime soon as the brand continues to grow exponentially.

From working tools to increased digitisation, there’s no doubt that technological advancement and innovation are continuing to reshape industries and marketplaces across the globe.

This includes the iGaming marketplace, where the most forward-thinking, creative and best-resourced brands are continuing to blaze a trail for their rivals to follow.

William Hill is undoubtedly at the forefront of this trend, with their appreciation and deployment of technology central to its exponential international growth since 2018.