Top Travel Destinations of All Time 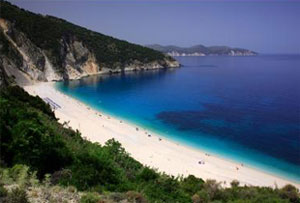 The measure of the worlds top travel destinations can be measured in several ways.

These include the number of tourists, the amount of money spent, the duration of stays and the distances tourists are prepared to travel to see the destination. Other measures are more subjective, such as travellers’ favourites listed on sites like Trip Advisor. However measured, for most of us, the question is how many have we visited or want to visit ourselves?

Macau is a fusion of Chinese and Portuguese cultures having been a former colony of Portugal. Whilst Macau is famous as a gambling paradise and certainly lives up to its reputation as "Vegas of the East" there is much else to see and with online casinos like Betway so popular, you have more time to explore the city’s ornately tiled plazas and historic architectural gems.

Siem Reap is the gateway to the ruins of Angkor Wat which has made it one of the world’s most visited tourist attractions. The vast ancient site lies 20 minutes by tuk-tuk from the city which makes it a great destination to get to the site for sunrise, which is a sight to behold. A three-day ticket gives time to cover a lot of sites, but there is a week pass if you want to see some lesser-known temples.

Istanbul is a city that dates back thousands of years, and with that, there are many historical places to visit including mosques with dramatic architecture and colourful tile work. The most famous mosque is the Hagia Sophia, one of the UNESCO Wonders of the World and once a museum, before returning to being a mosque in 2020.

This city in Central Europe ranks as one of the top city breaks, fully of history and culture whilst also being a big party city. The medieval city is charming and the Old Town Square is the focal point for lovers of art, history or food and includes the famous Prague Astronomical Clock on the Old Town Hall Tower, which you can climb for a perfect vantage point to view the surrounding areas. Don’t forget to visit the city’s Jewish Quarter, Josefov.

The world’s most visited city, London has something to offer everyone. You can stay in the grandest hotels, see some award-winning shows in the West End, visit some of London’s top attractions, take a cruise along the Thames down to Greenwich, enjoy a concert at the Festival Hall, tour the art galleries on the South Bank and more. Check out the events taking place each day in London, including expert-guided tours to find the hidden gems in the city.

The Eternal City is one of the most visited cities in Europe. It attracts visitors from all over the world wishing to discover the city’s impressive monuments, archaeological sites cusine. Home to the Colosseum, visitors to Rome can visualise how gladiators fought for their lives in the arena, cheered by the crowd. Other popular sites are Circus Maximus where chariot races used to be held, and the Roman Forum, the heart of Roman public life.