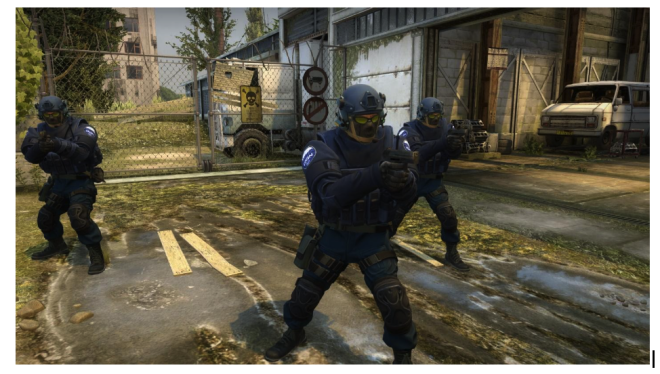 Counter-Strike: Global Offensive “CS: GO” skins are available in over a dozen extraordinary designs. Players can easily customize their gloves, cases, and guns. Each design is intricately made to deliver eye-appealing aesthetics. Some designs are more expensive than others but players seem to believe they are worth the extra cost.

Instead of buying CSGO skin outright, consumers can acquire them through CSGO Trade Platforms.

The entire cosmetics scheme gets even murkier when players start to factor in exterior weapon conditions. Counter-Strike prides itself on delivering an authentic combat realm. They truly strive for the maps, missions, theories, and concepts to be as near realistic as real combat.

While today’s top shooters are a far cry from the intensity of real combat, they are exciting and do introduce real concepts for players to contend with, on and off the battlegrounds.

That said, the exterior condition ratings contribute greatly to this concept. Counter-Strike players not only need to contend with various essential survival gear and tactics but there is also the conditioning of their equipment to consider.

It Is About The Aesthetics

Every weapon is outfitted with an exterior condition rating. This rating can and will greatly alter the price and appearance of the weapon. That’s right, not all weapons are flawless, factory-issued weapons. Some will show their time in the field.

As an example, the AWP Asiimov is only available with several unique field classifications. The entire exterior condition rating system is based on a 5-range float system. The AWP can only be acquired in field-tested, well-worn, and battle-scarred conditions.

Most of the conditioning of available weapons can fall into any one of the five exterior rating classifications.

Most veteran players will already be more than familiar with identifying the conditioning of their weapons. They’ve no doubt done this many, many times before. Obtaining this information is as simple as accessing your player’s gear inventory, finding the specified weapon, and opening the information on it. This will make the float value or rating known.

Players will also be provided closer images of their weapons, allowing them to spot and identify the noticeable differences between the grades. Some weapons will be oxidized and well-worn with a lot of battle scars, whereas some will be completely flawless. Although the float rating can greatly alter the appearance of a weapon, it will not alter its performance.

The conditionings of the skins are more valuable and rarer with pristine ranking. Simply put, a factory-new float-rated weapon skin is rarer and more valuable than a well-worn or battle-scarred skin.

Just from the options above, players are already afforded millions on top of millions of combinations to explore and search for. However, the creators have not stopped there! There are also additional patterns and weapon finishes that can be explored.

Player not only can color code their gear, but they can make those colors appear in unique styles.

These design patterns are only available for specific weapons and gear, but you’d be surprised at just how much they can alter the appearance of a piece of gear.

The AK-47 in a Hardened Case will look nearly like an entirely different weapon when outfitted with a different Case Hardened pattern. Even if the float ratings are identical, the various case-hardened patterns will alter the look.

Along with the potentially massive variation of patterns, wears, and looks, creators also introduced a new strattrack cosmetic. This one is self-explanatory, as it allows the players to track their kills and stats with specific weapons. Although players nearly track the stats of every weapon or piece of gear in the game, the counter will not start until that piece of gear is outfitted with the stattrack attribute.

CSGO Trade Sites can save consumers between 10 and 50 percent in some cases.

These unique items can be obtained only via cases. They cannot be awarded through operations or map collections. With a 10% chance of acquiring this attribute in any case, players will need to dedicate a lot of time and effort if they desire to acquire a tracker for a specific pattern, especially the much rarer ones.

It goes without saying, that this unique outfitting system offers players a near-endless variation of cosmetic dressing options. Kill, complete, vie, play, communicate, and track it all! It honestly comes down to preference.