UAVs 101: How to Build Your Own Drone 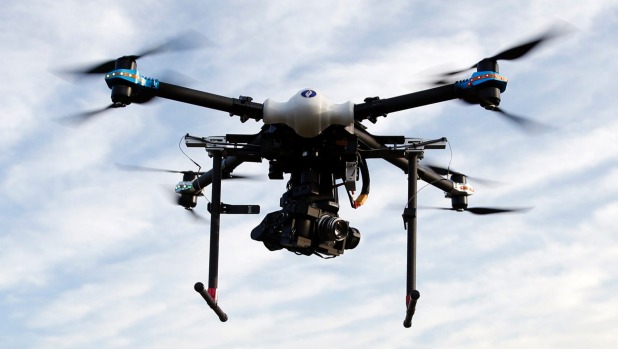 Drones fall under the Unmanned Aerial Vehicle (UAV) category, which consists of aircraft without a human pilot onboard.

While you can buy drones online or from local specialty shops, you should consider building a DIY drone. Not only is it a fun, little project to keep you busy when bored at home, but you could also potentially save hundreds of dollars.

Drones can be classified into 4 major types.

This is the most common drone type, used by both hobbyists and professionals. Multi-rotor drones are used for common applications such as aerial surveillance and aerial photography.

It features various models, from professional aerial photography drones with a premium price range of $500–$3,000, to hobbyist drones for leisure flying or amateur drone racing costing $50–$400.

The multi-rotor drones are also the cheapest option available since they are the easiest to manufacture. They are also further categorized based on how many rotors they have:

Among these, the quadcopter assembly is the most popular and widely used variant.

Unfortunately, multi-rotor drones also have their drawbacks. They are known for their limited flying time, speed, and endurance. Thus, they’re not suitable for large projects such as long-distance aerial surveillance or mapping.

This is because multi-copters need to spend a large amount of their energy in order to fight gravity and to stabilize in the air. Currently, most multi-rotor drones available are only capable of flying for only 20–30 minutes, often with the minimal payload of the camera.

This type of drone is entirely different in terms of look, build, and design. Instead of rotors, these drones use wings—think of them as little airplanes.

Unlike the multi-rotor drones, the fixed-wings drones do not use energy in order to stay afloat and fight gravity. They move forward as set by the guide control (commonly with a remote unit operated by an individual) or on a set course as long as their energy source allows.

Most drones of this type can fly for hours, with the gas-powered drones flying up to 16 hours or more. Thus, these drones are more commonly used for long-distance operations and projects, such as surveillance or mapping.

Plus, you will need proper skill training in flying a fixed-wing drone. Not only do they look like little planes, but they also function like one—you will need either a catapult launcher or a runway in order for it to fly.Then again, you will need a runway, a net, or a parachute in order to land them back on the ground unscratched.

If you’re not a fan of slim and sleek mini-planes, then perhaps you’d like the hunky mini-helicopters.

This drone type has higher flying times with some even powered by gas engines. Since there’s only one large rotor accompanied by smaller ones, these drones are more stable and efficient than the multi-rotor drones.

Why? Because in aerodynamics, the smaller number of rotors, the lesser spin of objects.

Unfortunately, these machines also mean higher operational risks and complexities. Unlike the smaller rotor blades of multi-rotor drones that can likely involve scars and a few cuts, large-sized rotor blades usually pose a risk causing fatal injuries if the drone is mishandled or involved in an accident.

Their price tag is also on the premium side. You will also need special training to fly them properly, although they may not need a catapult launcher or a runway like fixed-wing drones.

This idea has been tested in the 1960s without success. But, with the birth of new generation sensors such as accelerometers and gyros, this idea is starting to get some direction.

The hybrid VTOLs are a play of manual gliding and automation. To lift the drone up, a vertical is used and with accelerometers and gyros working in automated mode (think auto-pilot) to keep it stable in the air.

Then, a remote-based or programmed manual control guides the drone. There are now available versions of this hybrid fixed-wing model with the most popular one used in the Amazon commercials for their Prime delivery service.

In terms of flight problems, understanding each drone assembly part can greatly assist you in troubleshooting any flying issues. Here is an overview of all UAV components which you’ll find in modern-day professional and consumer drones.

The motor is the power system of the UAV and is responsible for producing the much-needed thrust for the drone to take off and fly in the air. Thus, it is crucial that you get high-quality motors for your DIY project.

There are various types of motors including:

Out of these types, the most common motor used in making drones is the brushless motor, thanks to its durability, efficiency, longevity, and reliability.

Drones that require high ground clearance can adopt the helicopter-style skids attached directly to the body. Meanwhile, for a DIY drone that has no hanging payload, you can ditch the landing gear altogether.

Or you can just go with leg height extenders which are found in most of the latest drones.

The central hub of every UAV, the main drone body part houses the mainboards, battery, cameras, processors avionics, and the sensors.

Take note that most main drone bodies are not waterproof, thus it is crucial that the internal parts of the main body don’t get wet. Also, a hard landing probably won’t break the body, however, the shock could actually damage the internal components.

Check out these servo drives for harsh environments.

The ESC, short for Electronic Speed Controller, is the electronic circuit that helps the flight controller to control each of the drone motors separately—direction, speed, and even act as a dynamic brake.

The ESC is located inside the main body frame of the drone. Most DIYers won’t need to do anything with this component. However, there are some companies such as Parrot, and DJI that develop drones that can be customized. They offer a Special Development Kit for a model and with that, you can re-program the ECS and other drone components.

So, if you want to customize your drone, you can opt to buy that kit. It is better to re-program the ECS if you want higher specs.

As the brain of the UAV, the flight controller interprets input from the GPS module, receiver, IMU, battery monitor, and other onboard sensors. They also help in stabilizing the motors and synching them, so that even if the motors have a different thrust output, the drone can steady itself.

It also regulates the motor speeds with the ESCs, for steering as well as triggering the cameras or other payloads of the drone. Additionally, it also controls the waypoint, autopilots, failsafe, and other autonomous functions.

Although it’s possible for the flight controller to control your drone autonomously, it is generally a better idea to have a receiver, which often comes as a standard R/C radio transmitter, so that you can control the drone if something goes wrong. Or you can just use it instead to fly manually.

Choosing the right receiver depends on how complex your drone is. In general, a handheld transmitter should be enough. However, for larger UAVs, it is better to get a base station to help with all controls.

Depending on the receiver, the antenna may be a helical “rubber ducky” type or a loose wire whip. Meanwhile, you can get a circularly polarized cloverleaf antenna that offers your farther video signal distance as well as improving video stability.

A good-quality antenna prevents the issue of having a multi-path effect as well as blind angles.

Most of the batteries for drones today are lithium-based since they are known for being lightweight and have higher charge density than the typical nickel and lead acid-based batteries. Batteries are the heaviest items on a drone, thus they are usually mounted at the center to subject the motors to the same load.

The only problem is that these batteries tend to have a higher price tag and come with some dangerous side effects.

On a 2-3Ah battery, the average flight time of most commercial UAVs is at least 10–20 minutes.

Make sure to buy a suitable battery for your drones. It’ll be a bit costly but it’s worth the price when you want a longer flight time.

How Much Does Building a UAV Cost?

This will depend on the applications you want for your drone. Building a UAV can have different price ranges. You can build a high-grade industrial drone for more than $10,000 or a modular drone for less than $500.

For a quadcopter, you’ll need:

You might also want an FPV receiver and transmitter and an FPV camera if you wish to make a first-person view drone.

The most popular options for transmitters are:

If you wish to cut costs, then you can go with the Turnigy 9x costing around $80. The other 2 options are priced higher at least $250.

For the frame, you will need to buy an actual quadcopter then take its frame away. You can get good quality frames without spending too much—mini quad drones can cost you about $250. Plus, you get the benefit of using other parts of the drone for your DIY project.

You don’t only get the frame you need, but you also have some other assorted parts. These assorted parts can be useful for future use.

Buy quality propellers that are long-lasting. You should also buy propellers as replacements when you accidentally destroy or inevitably crash your drone. Thus, you should spend at least $20 to buy more propellers in addition to those that came with the quadcopter you already purchased.

Just be careful next time with your drones not to destroy your propellers, or you will end up buying again and again.

To power your drone, you’ll need batteries. And to power up your batteries, you’ll need chargers. The type of batteries you need will depend on the drone parts that you have.

The average mini quad can go with 1,400 mAh 4S batteries, costing around $25 each. To power up your 4-rotor drone, you will also need 4 batteries, so that makes it $100. Now, a decent battery charger should cost you $50.

So the total cost of building a basic quadcopter would be:

That cost will go up if you want to install some first-person view features as well as getting a headset.

Given that there’s a camera with the mini quad you purchased, you can just get an FPV headset as well as the batteries with costs ranging from $150 - $300.

Thus, the grand total of building your own FPV drone, complete with goggles can range from $630 - $780.

Building your own drone may be confusing that you’d just buy a ready-made one online. There’s a lot of drone parts you need to learn and consider.

However, we hope that this article helps shed some light on your confusions. We hope that you gained answers on how to build your own drone and the accompanying costs.

If you still have questions in mind, feel free to leave it at the comment section below and we’ll try our best to answer and explain.