UK TV Shows Have a Huge Popularity around the Globe 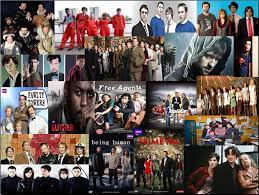 The UK is known for its vast TV industry and is popular for the latest and most popular shows.

The UK is known for its vast TV industry and is popular for the latest and most popular shows that reflect the current lifestyle and social system. Due to this reason, the UK TV business has made spectacular growth which is almost 1.98 billion dollar in the last year.

How Do TV Shows Gain Such Popularity Worldwide?

When any TV show goes on air in the UK, the producers of this show try to sell that in the international market. They allow different countries to broadcast the show on their own channels and can adopt the format for their own market. The copyright of these shows has been sold to their respective customers around the world.

There are plenty of UK television shows from the UK that started to gain popularity across the globe and according to the research carried out by online casino Betway the popularity will continue its momentum for more years to come. This research shows that popular scripted dramas, various game shows along with reality shows are more demanded than any other TV commercial that is gaining popularity worldwide.

The Revenue That UK Generates by Exporting its TV Shows

According to the data, a whopping £1.48 billion was generated worldwide from the TV exports in the single year of 2020. Various popular TV shows including Downtown Abbey, Doctor Who and Planet Earth have contributed almost seventy percent of the total revenue. Needless to mention that, these shows are the largest source of income of the UK TV industry. There are also various international adoptions of the popular UK formats you can find like Come Dine with Me and Love Island have almost secured eleven percent of the entire sales.

If someone asks about the leading market of the UK TV shows, then it is the USA. It has already contributed $649 million in the year 2020. From this total revenue, only North America has only contributed almost 572 million pounds.

Most English-speaking countries like Canada and Australia do prefer UK TV shows. Therefore, they pose as the potential market for all these types of TV shows. As UK shows come with various cultural values, these markets can easily get financial support just by changing the format in order to meet their audience requirement.

When time comes to think about the non-English speaking countries, France comes top as the potential market just creating almost 102 million pounds. On the other hand, Latin American and Asian markets have enhanced their UK TV exports just by thirteen to fifteen percent.

According to data extracted from Netflix, there are almost 57 billion minutes of streaming in the year 2020 alone. However, it is very hard to compete with various unscripted formats. Strictly Come Dancing and Dancing with the stars has almost screened 270 plus seasons across fifty countries worldwide. They generated almost five hundred million viewers around the world.

Machiavelli dramas have a different fan base and a huge number of people have viewed these dramas worldwide. In this way, these TV shows have gained popularity around the world without any hesitation.