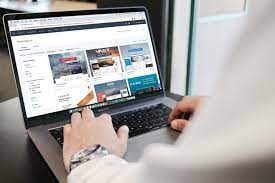 In this article, we will be providing you with some tips for hiring software developers.

This is why we are here to help. In this article, we will be providing you with some tips for hiring software developers. These tips are going to help you immensely and will make your job a lot easier and quicker. So, without wasting any time, let us look at the tips.

1) Seek For Someone Who Is Smarter Than You

If you're the sharpest person in the room, it's time to recruit someone else, as the saying goes. Hiring someone brighter than you isn't simply a good idea; it's a surefire way to boost your company's performance. Nothing attracts talent more effectively than talent. If you focus on bringing in A-level developers during the beginning phase, you'll have no trouble attracting more talent as your company grows.

2) Be Adaptable When It Comes To Programming Languages

If you're still asking questions like "How would you merge two arrays in Java?" in an interview in this fast-paced era when programming languages become old faster than fashion in Paris, you need to rethink your entire interview process. Concentrate on the algorithm. Concentrate on the candidate's approach to an issue. Acquiring a new language is significantly easier for a great problem solver than learning problem-solving strategies for a master of a single language.

3) Interview the Candidate with At least One More Person

Let's face it; we're all biased to some extent. And it's easy to assume that your partners are preoccupied with their obligations in a resource-constrained startup setting. I've also heard the claim that all an engineer has to do is code at the end of the day. It reminds me of the one-liner joke about an engineer: "An engineer is someone who converts coffee into code." But it's a joke, and that's precisely what it is. Before making a hiring decision, it's vital to acquire a second perspective before making a final selection.

4) Before They Sign A Contract, Make Sure They Know What They're Getting Into.

If you and the candidate don't agree on what you expect from each other, expect a rapid and possibly messy breakup. Be straightforward about the fundamentals. Consider how vital it is for both of you to be able to work from home more frequently. This must be confirmed before an offer is given if you require them to be available 24 hours a day, seven days a week.

5) Don't Put Too Much Emphasis on the Resume

There are several cases reported where the candidates look good on the paper. However, when it comes to do things practically and professionally, they fail to impress or even do their job properly. This is exactly why you should never emphasize the resume as it is not confirmed that a person on paper would be exactly like that in professional life.