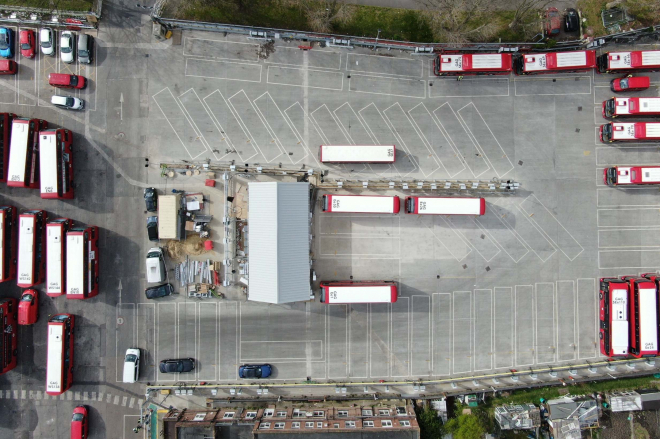 A bus garage in North London will be used to trial a new technology to help Britain meet its net-zero climate change target by 2050.

A bus garage in North London is set to be converted into a "virtual power station" as the UK trials a technology to help it meets its 2050 net-zero climate change target.

The vehicle-to-grid scheme, which is fully funded by the Government and which will start in November, aims to make the electricity network work more efficiently by taking energy from 28 parked zero-emission electric buses and feed it into the grid during times of high energy demand.

In a statement, SSE Enterprise, an energy company involved in electrifying London's bus garages, said: "If the entire London bus fleet around 9,000 vehicles was converted with the technology, it could meet the energy needs of more than 150,000 homes.

"The potential for battery electric vehicles to help with energy storage and security adds yet more reasons why cities should be seeking to roll out electrified bus fleets as soon as possible."