What are The Benefits of Using Li-Fi Technology? 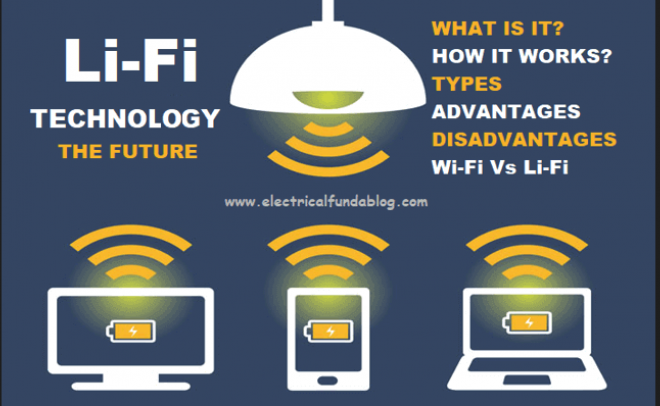 The advancement of wireless technology has transformed today's workplace, making coffee shops, offices, and living spaces into conference rooms. However, with all the advantages that can be seen in the popularity of Wi-Fi technology, it also has some limitations. For instance, wireless technology has historically been unable to reconcile with its arch-enemy wall. It appears that the shortcomings mentioned above could be solved using Li-fi technology. Also known as light-fidelity, this technology provides high-speed bi-directional, multi-directional, and networked mobile wireless communications that utilize the spectrum of light to offer users a similar experience to conventional wireless networks. If you're wondering about the ways your business could benefit from li-fi technology, we've rounded some of the most innovative capabilities.

What is Li-Fi Technology?

Li-Fi (light-light fidelity) is similar to Wi-Fi technology and is one of the most advanced wireless communications technologies. The principal benefit of this technology is its ability to fully network, bidirectional, and high-speed internet. Today, the most popular field of wireless communications is Wi-Fi. Internet users are growing each year. To increase performance, speed, and bandwidth, Li-Fi technology has been developed. The data transmission of this technology is accomplished with a light, as the intensity of light changes faster than the human eyes for recording. The speed of data transmission in L-Fi is 100 times greater than in Wi-Fi.

How Does a Li-Fi Work?

Li-Fi is a Visible Light Communications (VLC) system. It is comprised of two parts:

This VLC system signals function by turning bulbs between a nanosecond which means that the human eye cannot detect it. White LEDs of high brightness work as a source of light, i.e., as a transmission source. A silicon photo-diode having a high response to the light spectrum can be the receiver element.

LEDs are turned on and off to generate digital strings that are made up of 1s and zeros. To create a brand new stream of data, the data is encoded into the light by altering the speed of flickering of the LED that is the source. The LED output appears to be constant for the eye of the user due to the rapid flickering rate that the LED emits.

The VLC data rate can be improved through parallel data transmission by using an array of lights in which each LED can transmit a distinct data stream.

Li-fi operates using visible light technology. Since homes and offices already use LED light bulbs, the same light source could be used to transmit information wirelessly. Although the light has to be turned on to transmit data, it is possible to dim the li-fi bulbs to emit light that isn't visible to the human eye.

Instead of running nearly one mile of cables, the Li-Fi connection that is powered by LED can be used to beam the data directly to the desired destination. By using a point-to-point arrangement that allows office buildings to remain connected without the necessity of extra cables running between access points.

Dead spots gone! With the li-fi technology, there's an opportunity to connect wherever you can see light.

One of the main advantages of li-fi is security. Because light cannot pass through opaque or solid structures, the internet of li-fi is available only to people in the room. Other users cannot penetrate it within other rooms or in buildings.