What Are the Best Movie Games? 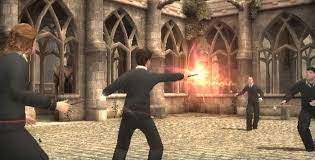 There is something special about movie games, and for those who want to go back and explore some, here are some of the best ever released.

The video game industry has gone through many phases since it first came into the world, and it is fair to say that it has changed dramatically during that time. Many might remember a world where games were stored on cartridges, and the only way to play them with friends was to sit by their side and use the same television. Children who have grown up during this decade might laugh at this possibility, as online multiplayer gaming is incredibly popular now, but it just goes to show how quickly things are changing. While change is always good for any industry, looking back at how things used to be is something that is nostalgic to many.

The idea of movie games would have been just one idea that feeds the nostalgia of gamers who look back in time. Back in the 2000s, video games of this type were all the rage, but newer gamers would likely have no idea of what they are. Essentially, movie games are video games that have been released alongside a film’s release (though it can also come out after or before) to promote the film itself. Often though, the video game could be more enjoyable than the film, which might have come as frustrating to certain studios. For a period in the 2000s, it seemed that every blockbuster release could get a video game version too.

Movie games were always contracted to be developed by studios while they focus on their movie, so it was never exactly supposed to be big ventures. However, movie games had a certain charm to them that people couldn’t seem to stay away from, but those who loved the associated movie would no doubt have loved the game too. They are vastly different from the games of today, such as GTA V where players have access to an online casino. This is useful for those hoping to play at places such as wish casinos, as a result of their legislation.

There is something special about movie games, and for those who want to go back and explore some, here are some of the best ever released.

Harry Potter – Although this particular series carried well into future gaming generations, the first examples were still highly telling of movie games of the time. They were simple, they were fun and that’s all they needed to be.

The Lord of the Rings – These games are a classic, and anyone who owned a PS2 will confirm the same. These games utilised cutscenes from the films themselves to tell the story, which makes it feel like gamers are truly in the film.

These are just some of the best movie games that gamers can play, but there are many more that are simply great to play.