What Can We Learn from Bitcoin’s Journey So Far? 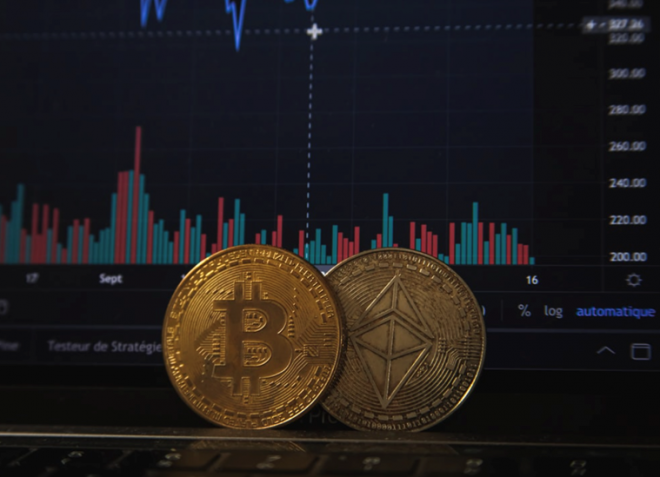 In this article, we will take a close look at Bitcoin’s journey so far and see if there is any takeaway in there.

Ever since its launch, Bitcoin has had a bumpy and volatile run, marked by extreme periods of wild movements on either side. Sure, it has gone through phases in which the price pretty much stalled and refused to go up or crash down. Other than the odd days when the market showed signs of life with crazy intraday movement, nothing much came out of these stagnant phases of Bitcoin. For example, 2014 to 2016.

Keep these insipid phases aside, and the Bitcoin market has gone through its fair share of ups and downs. And every time the price moved, regardless of the direction, it happened very quickly driven by extremely wild phases of volatility.

Sudden, Rapid Movements Either Side

Put simply, whenever Bitcoin rose, it rose at a frantic pace. Its movement was sudden and sharp, fuelled by extreme levels of optimism. Similarly, when it dropped, it plumped sharply.

Let’s track one of Bitcoin’s massive swings on the upside. Of particular interest is the period between 2016 and 2017, when Bitcoin ran riot swinging from under $1000 US to almost $20000 US-- a swift 20x move that nobody saw coming. Pay attention to the upward trajectory, and you’ll figure out that it happened in two phases: the upward climb to $10000 USD took 10 long months (which is an arduously long period in relation to the time it took for its second move), however, the cryptocurrency zoomed along to the $19700 US mark in just a matter of two to three weeks.

Critics, just as expected, brushed aside this sudden meteoric rise as just a flash in the pan. But Bitcoin has made a pattern out of rising steeply. In fact, it has demonstrated this pattern twice already in the past 52 weeks, skyrocketing to higher levels in record time early in April only to better it in November.

In the first instance, after spending a long time consolidating around the $20K US mark, it soared to approximately $64k in less than 35 weeks. But the second instance takes the cake for me: Bitcoin dropped to roughly $32k US and managed to climb back up, making an all-time high of $67582 US in just 22 weeks or so.

This was a spectacular rally, but it certainly was not smooth sailing for the primary cryptocurrency. It did stutter on its way and plummeted to new lows after posting a new all-time high in April 2021. But what’s interesting is that the downward movement, although sharp, did not alter the market sentiment to completely negative.

Here’s the Good Thing: Bitcoin Rises Every Time it Drops

Making it a habit to quickly rise out of the lows is good, but what’s more striking is that Bitcoin has risen up every time it slid down steeply. Talk about being consistent. If you want to make consistent profits trading bitcoin, you need to have in your arsenal a cutting-edge trading bot that has a feature-rich application, gives you the flexibility to hone your own trading strategies, uses advanced algorithmic smarts, and guarantees a promising win-rate. Open an account with this application and get started on your trading journey today.

As was mentioned earlier, every time the price dropped, the market took little time to regain lost ground and came springing back to previous levels. Just to bring up an example, Bitcoin was hovering around the all-time high it scaled in April but struggled to push through the stubborn resistance level. It tested the patience of the market participants, who, in fear of losing their profits, decided it would be wise to liquidate the positions and cash out.

It did trigger a massive selloff; however, Bitcoin did find new demand in the form of long-term investors and swing traders who were eagerly waiting patiently to pounce on a fresh opportunity to pick up some coins at a good bargain. They went all in hoping that the market would recover from the lows and skyrocket up, and up it did go. No surprises all those who racked up the coins when it was teetering at $32k would’ve laughed their way to the bank when it quickly climbed back to make a new all-time high in the first week of November 2021.

Every time Bitcoin hit a new milestone- crossing US $100, $1000, $10,000 and so on- it was widely believed that the market had run a little too far, and that a sharp decline was in the offing. Usually, a sideways trend would ensue causing the price to fluctuate between the highs and lows of a set range, or the price would switch pace and go on a roll catching everyone by surprise. Don’t get me wrong. I’m sure there have been instances in which the market went into a bit of a selling spree making the coin give up all of its recent gains. But it looks a lot unlikely at the moment.

At the time of writing this article, the frontrunner of the pack is apparently settling into a phase of consolidation trying to stay close to the $50k mark. Despite another bout of sharp crash, the market is still hopeful of things to pick up.

You can’t fault them for being so bullish. The manner in which Bitcoin has been able to pull through from its setback and keep moving forward has encouraged a large number of retail investors to buy the dip whenever there’s a crash, helping the markets to newer highs. And the optimists reckon that Bitcoin is having a bit of a breather now, and will recover quickly to get on the next rally train. Even if it doesn’t pan out that way, 2021 has been a great passage of play for Bitcoin, which is set to end the year more than two and half times as valuable as it was in December last year, capping off a wonderful 52 weeks that saw the stocks of cryptocurrencies rise dramatically.