What Can You Do If You Miss Your Connecting Flight? 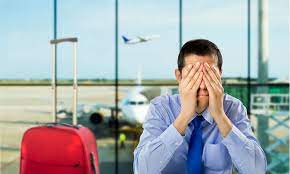 Missing a connecting flight is one of the major worries of a traveller who has to jump on more than one flight before their final destination.

Missing a connecting flight is one of the major worries of a traveller who has to jump on more than one flight before their final destination. However, it’s not uncommon to see this happen. This may be due to different reasons, whether it’s the passenger’s fault or the airline’s. Flight delays are often the cause of missed connecting flights and it could get frustrating knowing you missed a flight because of an airline.

However, if you miss your flight due to a knock-on effect from a previous flight, there are ways to go about it. For example, agencies like Flightright are helping air passengers get compensated for inconveniences like this. So, while you may be upset about the inconvenience, you can still take advantage of the laws in place and make the best of your trip regardless.

In this article, we will share simple things you can do should you ever miss your connecting flight.

1. Know the Laws in Place that Can Help You

Airlines have different laws guiding them, depending on the location. If you are in the UK or EU, you may want to look at the EU 261/2004 regulation. This law was passed in 2004 to help protect the rights of passengers. So, if your flight has been delayed or cancelled and you missed a connecting flight as a result, you may be entitled to compensation.

If a missed connecting flight causes you to arrive at your destination at least three hours later than the original time, you have the right to claim compensation under the EC 261 law. This applies to you if your trip is from an EU airport or landing in one, provided the airline is headquartered in the EU. You are still covered under the law even if the connecting flight was operated by a different airline.

2. Know What You May Be Entitled to

Under the EC 261 law, you may be entitled to €250 to €600 in compensation. If you’ve been delayed for more than two hours, you are entitled to free food and drinks. However, with a delay of three or more hours, you can get monetary compensation to cover the inconveniences caused. The airline is obligated to book you on the next available flight as soon as possible. If the next flight is the following day, you are entitled to a free hotel booking alongside meals. These complimentary offers are not substitutes for monetary compensation.

As long as you meet the eligibility criteria, you can start taking active steps to claim compensation for a missed connecting flight. Start by contacting the airline to find out the cause of the delay, as it will be included as you file your claim. Gather all relevant documents, including receipts and vouchers. Then, you can kick start the process by filling out a form on their website or reaching out to them directly.

Getting compensation for a missed connecting flight isn’t straightforward, so you might need to hire a lawyer for a seamless process.