What Does the Future Hold For Multiplayer Gaming? 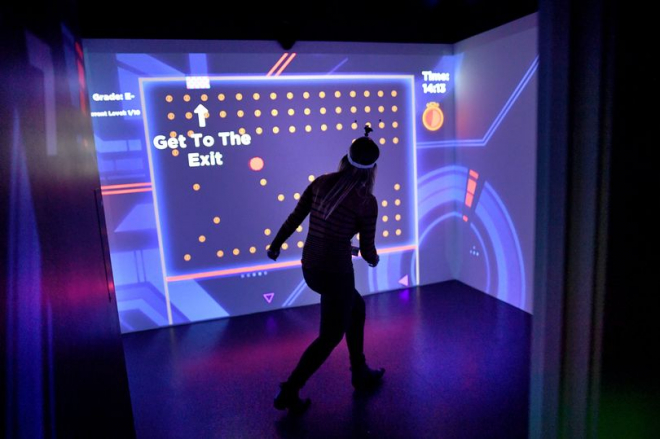 Go back a decade and think about what was going on in gaming in 2010.

In many ways, the landscape looked pretty similar to how it is now. Call of Duty, Mario, Halo, were all some of the biggest titles. Even Minecraft was around.

Depending on who you are, the 2010s were either a major leap forward or a bit of a disappointment. The major leaps of the early 2000s that saw the first massive MMORPG experiences, Xbox Live and the Wii, were replaced instead by more subtle refinements to the experience rather than any real breakthroughs.

Of course, that isn’t totally true. The end of the 2010s and the start of 2020 has seen some truly novel technologies, platforms, and games that redefine the entire gaming experience. What does the future of gaming look like multiplayer? Here are three exciting trends to pay attention to.

AR/VR has been around in gaming forever. Remember the Virtual Boy? Of course, these early experiences were extremely limited by the technologies of the day.

We are now well into the VR era. It’s not only cheaper than ever before, but developers have begun to create fully immersive environments and exciting gameplay that blends a wide array of technologies, including VR headsets, motion capture tools, and more.

As we look at just the next few years ago, we can expect new peripherals and accessories that will change the very way we interact with our gaming consoles. That also means waving goodbye to the split-screen war and meeting up without friends entirely in the digital world instead.

Gamers have long been comfortable with AI. Since the days of bots on Super Smash Brothers or silly Goldeneye villains, we’ve all been looking for a challenge.

But AI isn’t just going to be the bad guys in story mode or even the allies. AI will be much more exciting than that. AI content generation is going to create truly massive, gorgeous, and complex worlds that will take traditional storylines into totally new environments.

Imagine a world that can keep growing around you as you explore. There are no edges, seams, or glitches to fall through. But a true universe that unfolds in front of each of your moves. That’s what AI is going to bring to your favorite multiplayer games.

We’ve all been waiting for 5G so you can download movies in a couple of seconds. Speed is one of the amazing features that 5G services will unlock, but that doesn’t tell the full story.

What 5G does is make latency a thing of the past. Latency on 4G devices is between 40-50 milliseconds. With 5G is 10 seconds and can be even better. This means more responsiveness and instantaneous data that will truly unlock the potential of mobile gaming.

Imagine an AR-powered experience like Pokémon Go that can bring together thousands or even millions of people connected seamlessly through 5G technologies. Best of all, that will happen in the next 2-3 years.

How to Improve Your Multiplayer Gaming Experience Now

You don’t have to wait five or even two years to enhance your multiplayer gaming. Many of these breakthrough technologies are already here.

In addition, there are a variety of other tools you can use to improve your gaming experience. Above all, you should be using a VPN.

What is a VPN? A VPN or virtual private network both masks your IP address and encrypts your internet connection. It not only makes things safer and more private online, but it can also be used to prevent the threat of nasty DDoS attacks. Click here to read more: https://nordvpn.com/what-is-a-vpn/

VPNs can also increase game performance by reducing latency by selecting the right server locations and being used to unlock discounts on games.

In addition to VPNs, you should check out a few other tools. While you may want to hold on before upgrading to Fiber if 5G is soon to roll out near you, you should at least consider a WiFi 6 Router. Again, speed and latency are the two improvements you’ll see here.

Finally, you may want to think twice about whether you’ll upgrade to the latest Xbox or PlayStation. As great as they are, there are many more resources to stick with PC gaming instead.

When it comes to multiplayer gaming, the future looks bright. Are you ready for the gaming revolution?