What Is Generator Paralleling and How Do You Do It? 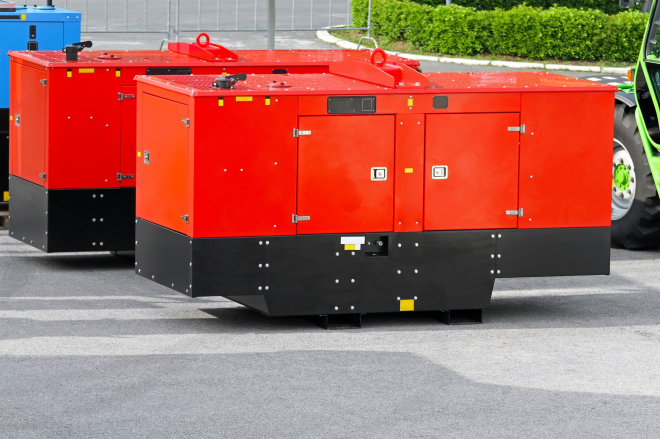 When you have a building or multiple buildings with a large power load, one industrial generator isn’t powerful enough to provide the energy

A hospital with patients in critical condition can’t worry about power problems if a storm knocks out the main power grid.

This is why more businesses are turning to parallel generators to supply their emergency power needs. The concept of paralleling electrical power units isn’t a new one. It’s been used with batteries for decades. Instead of having a large generator, you can have two smaller ones connected in parallel and add their electrical power together.

What is Paralleling Industrial Generators?

Traditionally, if you needed a large amount of power, you purchased a massive generator that could power the entire electrical system. When the power went out, the massive generator kicked on and power was restored until the main grid was back up.

Paralleling power sources is a common practice on a smaller scale, but it’s also possible to do it on a massive scale. Instead of one massive generator, you can have several generators hooked up in parallel.

This adds their power together to create a larger power source. A single generator creates 100 kilowatts of power. You could put four 25 kilowatt generators in parallel and have the same power output.

Why Bother Putting Generators in Parallel?

If one generator can do the trick, why bother putting generators in parallel? It comes down to the variable load of the building and redundancy in emergencies. If the hospital uses 100 kilowatts of energy as an average, but peaks at 150 kilowatts and ebbs at 75 kilowatts, then having many units connected can save electricity and money.

Instead of having a single generator that powers the 150 kilowatts all the time, you can have four that add up to 150 kilowatts in parallel. You only use two or three during low and average times. The last one stays off until the building requires a higher load.

Power goes out for many reasons, often weather-related. If you only run a single generator and something happens to it such as a lightning strike or debris from a storm hitting, then the power is gone.

If you have several of the generator paralleling and load sharing available and one gets damaged, there are still others to help pick up the slack. Redundancy is especially important for facilities like hospitals. They need the power to maintain patients in a stable environment.

The Downside of Parallel Generators

There is a downside with having many generators in parallel…space. When you have a single large generator, it covers a lot of space, but not as much as four or five smaller generators connected together.

When you’re in an urban environment, space is at a premium. It can be difficult to find room for a many generator system. Businesses may need to get creative as the space requirements can be extensive. Many businesses find creative alternative places to put many generators.

It does have an advantage for rooftop installation. A single generator may be too heavy to place on a roof. Several small generators distribute the weight. This allows several generators to be constructed on rooftops where one large generator cannot.

The generators are also scalable. If your business adds on a building or machinery that creates a larger power load, then you can buy more generators to make up for the extra power.

If your project is over budget, then you can buy a few of the generators and buy the others when money becomes available. If you use a single generator, then you must pay for everything at one time. This provides financial flexibility for businesses waiting on grants or other income sources.

Using many generators to power a business allows you flexibility and versatility not found with single generator operation.

How Generators Are Hooked up in Parallel

The generators don’t come out of the box ready for parallel connection. Operators synchronize the generators so their frequency, phase and voltage match. This adds the power together with little loss from one generator to the other.

Each of these traits must be taken care of before operation. It requires switchgear and technicians to synchronize each generator.

With the popularity of parallel generators, some companies have developed modular power systems that provide a simpler method of parallel connection. They are more complex than single generator systems.

If the phase, frequency, and voltage become out of sync then it can have an impact on electricity creation and damage the system. This is why upkeep and maintenance of the parallel systems should be a priority.

Parallel Generators Are a Popular Alternative

As the electrical needs of businesses increase, thanks to the continued advancement of technology, the use of parallel generators increases. It’s becoming a mainstream alternative for high energy systems that need reliability and redundancy.

Large single generators don't provide the needed much-flexibility. They can be bulky and damaged easily by storms and other weather issues.

Paralleling generators provide businesses with flexibility for power generation and emergencies. If you want to learn more about industrial generators or the importance of parallel generators, then please explore our site.