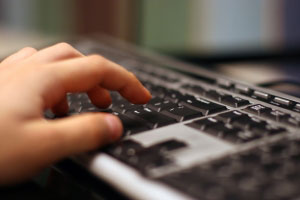 A fusion between slot games and Bingo, Slingo combines some of the best features of two of the most popular games of chance.

If you’re a fan of online casino gaming, you’ve probably heard of Slingo. A fusion between slot games and Bingo, Slingo combines some of the best features of two of the most popular games of chance.

Read on to find out more about online Bingo Slots – aka Slingo – as well as how to play!

Where Slingo came from

Slingo was first created back in 1994 by Sal Falcigila, in America. It was inspired by the Bingo games his mother used to enjoy, as well as the traditional fruit machines that were often found in Bingo hall lobbies, pubs and bars.

When the first online casino opened in 1996, many classic casino games like Roulette and Blackjack were first to make their debut on the platforms. Slot games followed shortly after.

Since then, technology has continued to evolve, creating room for even more unique games, themes, bonus rounds, animations and most importantly – Slingo!

The aim of the game

A standard game of Slingo is played on a five-by-five grid, which looks similar to a Bingo card.

Below the grid you’ll find a set of reels. The aim of the game is to spin these reels in an attempt to match the numbers with those on the grid.

If you do create a match, the numbers on the grid will be crossed off. When you mark five numbers off on a payline, you get a Slingo.

Every time you complete a Slingo, you’ll move one step up the prize ladder. The prize ladder can vary in every game, and sometimes include bonus rounds, or special features!

A winning prize is awarded by reaching the top of the ladder, but it’s not as easy as that. You might find some obstacles along the way, to make the game even more interesting.

You could also come across Jokers and Super Jokers, which can appear on the reels. These have the ability to help you mark off even more numbers, and sometimes even award you with cash prizes and extra spins!

Like most online casino games, you’ll find Slingo comes in many different forms, with plenty of themes to choose from.

You could become an angler and try out Slingone Fishin’, where you’ll find an additional reel to the usual Slingo games. But that’s not all - in this game, creating a Slingo will unlock multiplers! Do you think you have what it takes to bag the catch of the day?

Or, with the game Slingo Racing, you could delve right into horse-racing as you attempt to unlock the Wilds, Super Wilds and Free Spins feature – just to name a few.

There’s plenty more where that came from, with festive games like Slingo Bells, gameshow-themed adventures like Deal or No Deal Slingo, and even a spin-off of the popular Starburst slot – Slingo Starburst!

With all this in mind, do you think you’ll be trying your chances at Slingo anytime soon? Or will you be sticking to spinning the reels and daubing matching numbers off your grid separately?