What is the Metaverse and is it the Future of the Internet? 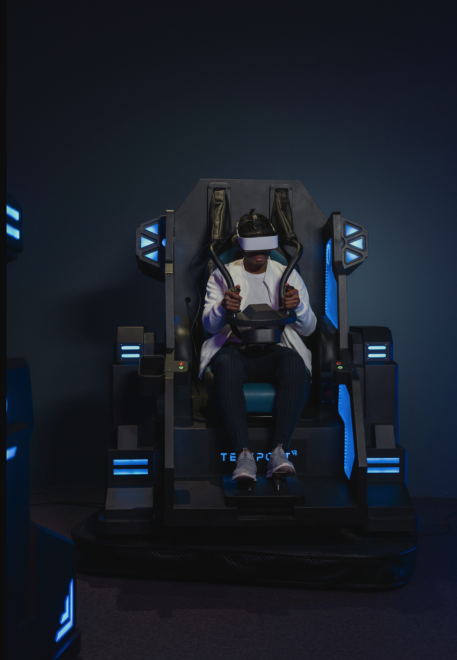 So, what is the Metaverse exactly? That's the neat part; nobody knows for sure what it is yet.

The term Metaverse has been around for some time now. You can often hear CEOs like Mark Zuckerberg and Satya Nadella talk about it like it's already here. People are curious about this Metaverse, especially since Facebook has been re-branding itself into Meta for a while. So, what is the Metaverse exactly? That's the neat part; nobody knows for sure what it is yet.

Supposedly, it's a cyberspace that is this immersive 3D virtual world where people can interact and do random stuff much like they do in the real world. In other words, the Metaverse is a term used to describe the virtual reality world that will be created by the convergence of the Internet, gaming, and virtual reality technology. This new world will be a 3D environment that will allow users to interact with each other and with computer-generated characters and objects.

So, basically is it a MMORPG game? No, it's more like social media on a whole new level. It's difficult to say what it is and describe what it's supposed to be when even the Metaverse creators aren't really sure what they're planning on doing with it.

Apparently, the Metaverse will be much more than just a virtual world. It will be a place where people can work, play, and socialize. Businesses will use the Metaverse to conduct meetings and conferences, and people will use it to shop, visit museums, and go on vacation. In any case, let's have a look at what Metaverse is or is supposed to be.

How is the Metaverse supposed to work?

When and if the Metaverse is ever created, it's supposed to work just like the real world only in a virtual setting. Therefore, it's safe to assume you'll need a VR headset or some other gadget that hasn't been invented yet.

While some are quite optimistic about the entire concept of the Metaverse, others are more skeptical and call it pure fiction. What is known today is that tech giants are quite ambitious about going forward with the project, but they aren't sure how. The fact of the matters is that in order to create and maintain such a massive virtual world, you'd need computing power on a scale that we simply don't have today and may not have any time soon.

Is Metaverse open to everyone?

Now, there are talks about virtual economy and how users will be able to work, earn and trade virtual currencies for virtual stuff they can then proceed to “carry” from one environment to the next. This alone is a complex enough task that no company can solve yet, but if they do, it's safe to assume that this little virtual paradise won't be accessible to just anyone. Perhaps, you'll have access to lower tier Metaverse filled with ads and whatnot.

What is the technology behind the Metaverse

The technology behind the Metaverse is still being developed, but it is based on a number of existing technologies, including virtual reality, augmented reality, artificial intelligence, and blockchain.

The goal is to create a virtual world that is realistic and immersive, where users can interact with each other and with digital objects in a way that feels natural. But, the technology to actually support this idea doesn't exit yet and it would require resources of monumental proportions to create. So, for now, the Metaverse remains a concept and something to ponder about or argue over.

What is the purpose of the Metaverse?

The Metaverse is a term coined by science fiction writer Neal Stephenson in his 1992 novel Snow Crash. It refers to a virtual reality world where people can interact with each other and with computer-generated objects. The purpose of today's Metaverse is presumably an escape from reality into a virtual world that looks and feels just a bit too perfect. The exact purpose of the Metaverse is speculative at best.

The future of the Metaverse

The future of the Metaverse is unknown, to put it mildly. Whether the project will proceed or not remains to be seen. As mentioned before, it all sounds great in theory but the reality is that such project cannot be rushed or completed overnight. Now, is the Metaverse the future of the Internet? Probably yes, but when exactly that will happen, nobody knows for certain.

The Metaverse is supposed to be the next evolutionary step away from the conventional Internet we know and love. Are we close to this new virtual reality world? Probably not, but we could be getting closer depending on how the situation develops in the future. So far, we're still pretty much at the drawing board.