What You Need To Know About Medicaid 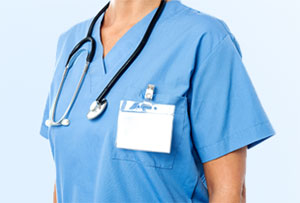 Though it serves around 73 million people, the program may not be fully understood by most. The program has evolved drastically since its inception in 1965 to meet the changing needs of the people it serves, in addition to those of the providers, the states that manage the program, and the federal government that funds the program itself. There are some things that you need to know about Medicaid that can benefit you, so read on to find out more about it.

Who Is Eligible For Medicaid?

Medicaid has designated eligible groups that will benefit from it. These groups are as follows:

However, you must meet certain financial criteria to be eligible for the Medicaid program. Fortunately, the Affordable Care Act (ACA) has enabled states to expand the eligibility of Medicaid based on income to adults under 65 who have an income up to 133% of the federal poverty level.

What Services Does Medicaid Cover?

Medicaid has expanded its range of services over the years to cover inpatient and outpatient hospital bills, delivery costs for pregnant women, routine and specialized care for children, and lab fees, among several other services. Each state has its own list of services that are provided by Medicaid, and some services may require a co-payment. The additional services may include glasses, hearing aids, dental care, physical therapy, and many other services, but if you need to know the drugs covered by Medicaid, you should contact a Medicaid coverage provider. Some services have out-of-pocket costs that shouldn’t exceed 5% of the family’s income according to federal rules.

Documents Needed To Be Eligible For Medicaid

Each state has its own requirements when you apply for Medicaid, but the most common documents needed are:

Note that in most states, it takes around 45 days to process your application or 90 days if you have a disability.

Every state manages and administers its own Medicaid program with the help of the federal government, and that’s why these states use different names for their programs. For example, Medicaid is called Med Quest in Hawaii, Medi-Cal in California, and the KanCare program in Kansas. You need to know the name of the Medicaid program in your state to enroll in it.

This information will help you decide whether or not you are eligible for Medicaid and how to apply for it. It can go by a different name in your state, so you must learn about your local state rules. The range of services provided by Medicaid helps ensure the well-being of low-income Americans, and they should enroll in it to keep themselves and their families safe and healthy. Medicaid is a popular medical program with concrete public support that has unlimited value to consumers and their families.