When is a Blockchain both Centralized and Decentralized? 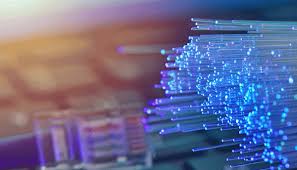 This may seem like a strange question to ask but it’s actually far more significant than you might think when it comes to fully understanding how blockchain works.

As L3COS states, this isn’t something you can sort out unless you actually define what you are talking about. It does this by starting off with an explanation from Vitalik Buterin, the creator of Ethereum.

Most people would agree that Ethereum should be classed as decentralized blockchain technology. But, in defining decentralization, Buterin makes the point that it actually has three distinct yet connected features. These are:

Political decentralization, which occurs in blockchains like Bitcoin and Ethereum, revolves around the fact that no single organization or person regulates the network. Architectural decentralization relates to the fact that the blockchain infrastructure is made up of a distributed network of computers, rather than a common central point of control. Logical centralization is the bit that binds all these components together, so all the distributed computers agree on a common state of data.

It might surprise people to hear that Ethereum, one of the most well-known decentralised technologies in the world, actually has an element of centralization to it. But those are the words of the man that created it and so it is an example of a blockchain that is architecturally and politically decentralized, while also being logically centralized.

L3COS, which is a regulated blockchain-based operating system, takes a slightly different approach but one that also has elements of decentralization and centralization. As the company states:

“Unlike most blockchain, L3COS is politically centralized. The operating system is designed to be regulated by the government.”

The operating system runs on a distributed blockchain, which makes it architecturally decentralised. At the same time, it is logically centralized, and this occurs because of three levels of consensus that work as one.

According to L3COS, the big difference of its system is political centralization and this is designed so that governments can regulate it, while the power of the technology can be used by governments, businesses and individuals.

What’s so interesting about a system like this is that blockchain-based operating systems of this kind, which are specifically designed for governments, have not been conceived of before. In fact, public decentralized blockchain was designed from the start to specifically reject the authority of a centralized government.

Of course, governments have used blockchain technology before L3COS came along. However, this was generally permissioned blockchain with a specific use case rather than an all encompassing blockchain operating system. L3COS seems to be different both in terms of scale and also in terms of the consensus mechanism it uses to cover all levels of society.

Some people will undoubtedly reject this idea out of hand. They see public permissionless blockchain as the only possible solution they will consider because they want no government involved in what they are doing. A more pragmatic view though would surely be that governments are likely to play some part in blockchain as time goes by and mass adoption increases.

Furthermore, as we can see from a proper analysis of the terminology, even the most well-known decentralized blockchain networks have centralized features and a complete rejection of centralization makes little sense.