Which is the Best Power Backup Solution for Commercial Offices? 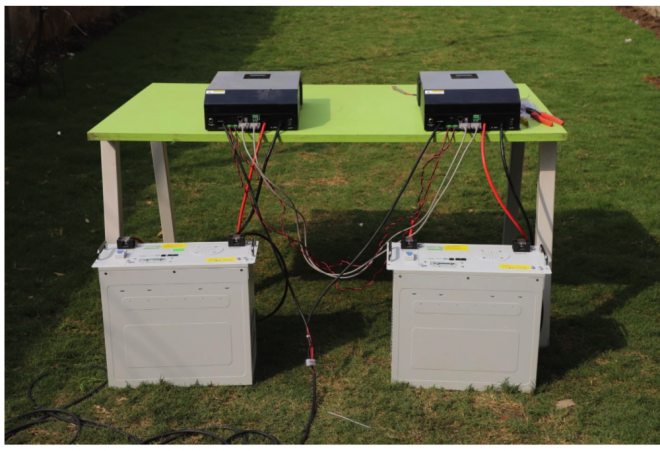 Read on to find out the best power backup solution for commercial offices.

It would an issue if your PC turn off suddenly when the power cuts in your office. Wouldn’t it? What a bigger blunder would be that you never saved your work in it. That’s just one of the reasons why a power backup is necessary in offices or any other commercial office besides the fact that they also use fans, lights, air conditioners, laptops and computers, internet, etc. It would be great if one gets a long lasting, efficient, and high-capacity power backup, which would simply result in making it the best power backup solution for any commercial office. Therefore, without any ado, let’s carry on with this article telling you more about this!

What is lithium-ion batteries?

Lithium Battery with Solar Inverter is the latest trend in India. So, lets know about basic of lithium battery first. Li-ion batteries are primarily composed of four components: a cathode, an anode, an electrolyte, and a separator. Each component of a Li-ion battery is critical, since the battery will not perform properly if one of the components is absent.

Only a handful of loom Solar’s rechargeable flashlights is powered by lithium-ion batteries, which enable us to give our consumers the performance and durability they expect from our high-performing, long-lasting products.

How does it work?

All lithium-ion batteries operate in a similar manner. When the battery is charged, the positive lithium-cobalt oxide electrode releases part of its lithium ions, which migrate through the electrolyte to the negative graphite electrode and stay there. Throughout this process, the battery absorbs and stores energy.

150Ah lead acid battery of any battery manufacturer is the most popular but CAML100 is one the latest Lithium battery is the best battery for inverter.

What is the price of inverter battery?

The best inverter battery price is around 14,000-15,000 rupees but if you choose new technology inverter battery for your commercial office where employees work 12 hrs. every day, then you have to Pay Rs. 1,50,000 for battery and Rs. 95,000 for lithium battery inverter.

The lithium battery manufacturer provides a slew of benefits, and we've examined the physics behind each one in the following sections.

Lead-acid and nickel-cadmium (NiCd) batteries contain many harmful heavy metals, but lithium-ion batteries have far lower levels. These metals have been used in batteries for decades, but extended exposure and insufficient disposal may be dangerous to people, animals, and plants. Although Li-ion batteries are more environmentally friendly than many other batteries, they still need to be appropriately disposed of.

Due to the usage of lithium and carbon electrodes, which are both lightweight, lithium-ion batteries may be significantly smaller and lighter than earlier battery types like lead-acid batteries. An ampere-hour lithium-ion battery with a standard 51Ah rating comes in at roughly 6-7 kilogrammes, which is about the same as an ampere-hour lead-acid battery.

Lithium-ion batteries are very useful in head torches since we can enhance the light output and duration without increasing the battery pack's weight or size.

Lithium is a highly reactive element that can release and store vast quantities of energy in a compact package to maximize the amount of energy stored and released by li-ion batteries. Since lithium-ion batteries don't degrade as quickly as other rechargeable batteries do, they may be used for extended periods without losing their performance.

There are three Ni-MH batteries needed to equal the output of a single lithium-ion battery with an average voltage of 3.6V for the lithium-ion cell and 1.2V for the NiMH cell.

The self-discharge rate of lithium-ion batteries is likewise relatively low. Battery self-discharge is a natural, irreversible occurrence even when the battery is not being used. Chemical reactions inside the batteries degrade their capacity. Lithium-ion batteries have a self-discharge rate of roughly 5% during the first 24 hours after charging and subsequently decrease to about 1% each month. On the other hand, rechargeable nickel-based batteries lose 10% to 15% of their capacity after each charge and an additional 10% to 15% each month.

Types of lithium batteries on the market today

What's the most fantastic lithium battery to choose?

Why should you trust Loom Solar?

The Faridabad, Haryana-based start-up Loom Solar makes solar panels and lithium batteries. As a result of its certification under the ISO 9001-2015 standard, the Indian government has recognized it as a start-up. With the help of renowned banks, we can provide you with an Easy EMI/Solar Loan. Details may be found on the product's page.