Who is Chet Baker? A Brief History 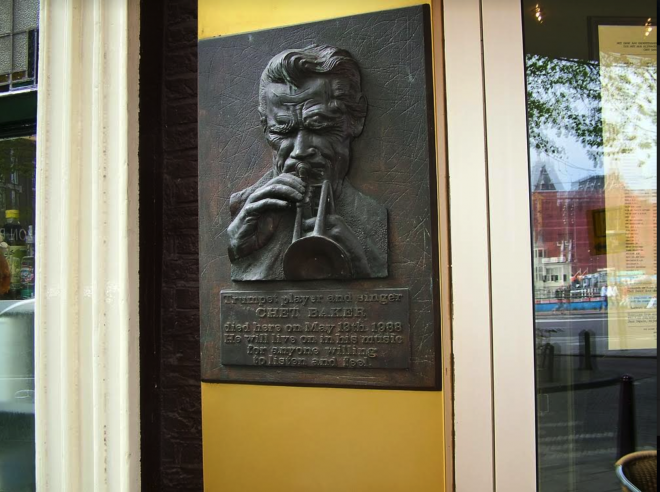 Chet Baker was one of the most influential jazz trumpeters of all time.

Chet Baker was one of the most influential jazz trumpeters of all time. His unique style and approach to music led him to become a legend in the jazz community. This blog post will provide a brief history of Chet Baker's life and career, as well as some interesting facts about this iconic musician.

Who Is Chet Baker?

Chet Baker was born in Yale, Oklahoma in 1929. His parents were both musicians, and his father played the trombone in a local band. Baker began playing the trumpet at the age of 12, and he quickly developed a love for jazz music.

He started his professional career in 1946, when he joined the Army Band. After his discharge from the Army, Baker moved to Los Angeles to pursue a career in music.

What Made Chet Baker a Jazz Legend?

It is hard to pinpoint any one particular quality that made Baker a legend. He was a gifted trumpeter with a unique style, and he had a profound impact on the development of cool jazz. Baker's personal life was often troubled, but his musical talent was undeniable. He released a number of highly acclaimed albums, and he won several prestigious awards throughout his career. Baker's legacy continues to live on through his music, and he is still considered to be one of the greatest jazz musicians of all time.

A Brief History of Baker’s Life and Career.

In the early 1950s, Baker became a member of the Gerry Mulligan Quartet. This group was one of the first to experiment with cool jazz, and they had a major impact on the development of this genre. Baker's work with the quartet helped him to develop his unique style, which combined elements of bebop and cool jazz. The quartet released several successful albums, including "Chet Baker Sings" and "The Best of Chet Baker Plays".

Baker began working as a solo artist in 1953, and he released his debut album, "Chet Baker Sings", in 1954. This album featured some of his most famous songs, including "My Funny Valentine" and "It Could Happen to You".

The album was a critical and commercial success, and it helped to establish Baker as a major force in the jazz community. As a result, he went on to release a number of well-received albums, including "Chet Baker Plays the Best of Lerner and Loewe" and "The Many Moods of Chet Baker".

Baker's solo career was extremely successful, and he went on to release a number of well-received albums. Despite his personal problems, Baker continued to be a highly respected musician.

Baker's personal life was often troubled by drug addiction. He struggled with heroin addiction for much of his life, and this led to a number of legal and financial problems. Baker was arrested on several occasions, and he served time in jail on multiple occasions.

His drug use also caused him to lose many gigs, and it eventually led to the deterioration of his health. Baker died in 1988 at the age of 59 from complications related to drug use.

Although Baker's life was often plagued by drug addiction, his musical talent was undeniable. He released a number of highly acclaimed albums, and he won several prestigious awards throughout his career.

The Influence of Baker’s Music on Other Artists.

Baker's legacy continues to live on through his music. Still considered to be one of the greatest jazz musicians of all time, Baker's music has had a lasting impact on the jazz community. His unique style and approach to music influenced a number of subsequent generations of musicians. Baker's work continues to be celebrated by fans and critics alike, and he is considered to be one of the most important jazz trumpeters of all time.

Despite the tragedy of his untimely death, Baker's musical legacy continues to live on. His innovative style and approach to music continue to inspire musicians all over the world, and his influence can be heard in the work of many contemporary artists. Some of the most notable include:

All of these artists cite Baker as a major influence on their work, and they continue to carry on his legacy. A true pioneer in the world of jazz, and his contributions to the genre are immeasurable. Thanks to his groundbreaking work, Baker has left a lasting mark on the world of music.

If you're a fan of jazz music, then you should definitely check out the work and collections of Chet Baker albums. This legendary trumpeter helped to shape the sound of cool jazz, and his unique style is still revered by many today. So go ahead and give some of Baker's albums a listen - you won't be disappointed!