Why Darts Is Becoming The Sport Of Choice For Many 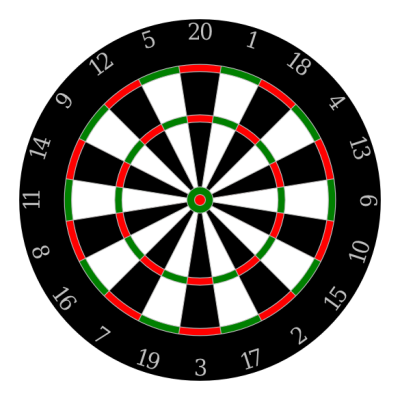 Whether on TV, or in the home more people are turning to the game of darts both means of entertainment and fun.

But it is not the home isolation that has triggered an uptick in the game’s popularity. The sport has been constantly gaining popularity both on the amateur and professional levels.

What is still considered by many to be a pub game, there has been a growing movement by leagues and professionals to gain recognition as a more “legitimate” sport. While change has been slow, it is not only gaining traction, it is picking up speed.

The Professional Darts Corporation (PDC) is home to 128 players, has frequent tournaments, and has prize funds in the millions. It’s no wonder people are starting to take the game more seriously. But there are many other factors that are contributing to its popularity so let’s take a closer look as to why more people are turning to darts as their new hobby.

It’s Fun and Easy To Play

One of the reasons why darts has become so popular is the fact that anyone can pick up a set and begin playing. From child to senior, age does not matter and age does not affect skill level. Lack of skill will also not affect how much fun you can have playing. Dart is a game where anyone can start playing and enjoying in five minutes or less.

It’s Good For You

Ok so darts is not the most physically involving sport out there but for some, it is just what the doctor ordered. In my dart league, there are several players in their 70s and even 80s. They rarely engage in any strenuous activity but for 3 hours a night, 2 nights a week, they are up on their feet, throwing things around and walking back and forward to the board hundreds of times.

It’s Can Be a Solo or Social Event

There are many different dart games you can play on a dartboard. Some are designed for solo play, some are 1v1, others are team-centric, and even every man for themselves. Playing aline can be relaxing and allow your time to practice and get better, but if you have a few friends over, let the competition begin. Regardless of what game you play, darts bring people together. It encourages healthy rivalries and quality bonding.

Darts on TV has always been a thing. But with more games being played and more ways to watch, it’s understandable that more people are watching. Between the PDC, the BDO, and all the qualifiers, there is no shortage of games. While you may be able to find the odd game on TV, most fans are turning to online streaming through Youtube, social media, and even the PDC website to stay up to date on all the latest games and events.

As mentioned earlier, darts is no longer just played for fun. With millions of dollars on the line, the top players have the incentive to play at a level never before seen. So much so that many believe we are entering into the “golden age of darts”. With recognizable players like Phil Taylor, Micheal van Gerwen, and Peter Wright, more records are being broken than ever before and the bar continues to be raised year after year.

While most televised sports are a national event, darts is without a doubt one of the most international sports around. Sure there are some counties that host many of the best players but everyone is allowed to step up and take part in the big leagues. As more and more counties join the fray, they will no doubt bring more fans with them, so don’t expect the growing interest in darts to go away any time soon.