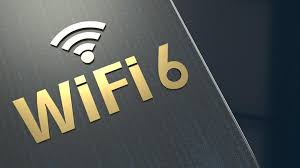 Wi-Fi 6 technology expected to set the stage for the fastest year yet for home internet.

Wi-Fi 6, the next generation of Wi-Fi, could set the stage for the fastest year yet for home internet. It uses innovative technology to help you connect to the internet more efficiently speeding up connections in the process.

Wi-Fi 6 officially arrived in the United Kingdom in 2019, marking a significant milestone in the field of wireless networking. It is designed to improve the network's performance when multiple devices are connected. It boosts speed for individual devices while keeping connections strong even as more and more devices start demanding more data.

The new standard also introduces a new nomenclature for the category with Wi-Fi5 and Wi-Fi6 as simplified stand-ins for the technical names of each generation (802.11ax and 802.11ac).

Todd Nightingale, SVP and General Manager at Cisco Meraki, which sells wireless networking hardware to businesses, schools and government clients, said: "It was, I think, exciting to take the next step with Wi-Fi, to get out out of the alphabet soup and to a common language everyone can understand and agree upon,"

"We saw more of the business shift to Wi-Fi 6 than we had anticipated. In fact, we had to start making them faster than we had intended."

Meanwhile, manufacturers say that Wi-Fi awareness seems strong on the consumer side, especially following the release of flagship smartphones from Samsung and Apple.

A Netgear spokesperson said: "We see that reflected in the reviews for our portfolio of products for Wi-Fi 6. There are a lot of people who say, 'Hey, I bought a Netgear Nighthawk router because I have an iPhone 11.'"