Will Live Streaming Transform from a Necessity to a Nicety in the Coming Years? 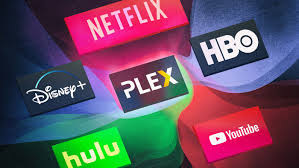 In 2020, live streaming technology came on leaps and bounds, not only moving into the mainstream as a necessity for work and communications, but also developing the features of the technology. While its mass adoption would be seen as an anomalous result in the records to come, it does adhere to the trend of companies across all industries utilising many forms of streaming.

Combined with the low costs, click convenience, and even the immersion offered through more advanced versions, streaming is very much taking over. In fact, according to Ofcom, TV streaming services overtook pay-TV for the first time back in 2018. Still, the surge of live streaming would have been seen as unprecedented in 2019. So, will it remain an integral piece of technology in the years to come, and can it develop even further?

Being a method of showing video, streaming’s main competitor was eventually going to be the now-standardised television formats. However, it wasn’t until trustworthy, powerful smart TVs became accessible that streaming was truly able to muscle in on packages provided by the likes of Sky, BT, and Virgin in the UK.

As an online-based medium, the ever-expanding social media platforms were also keen to adopt the technology, particularly in the case of Facebook. Back in 2018, Facebook sought to compete with streaming platforms by introducing Facebook Watch. Taking over TV shows and movies wasn’t enough for audience-hungry streaming platforms, though, with TV still holding the coveted live sports market. It takes a lot of power to deliver a reliable and high-quality live stream to millions of users, which is why most in the UK have mostly only dipped into the scene. Facebook, again, partnered with Eleven Sports in 2018 to show live Serie A games each week. In a recent report on live-streamed sport by YouGov Sport, it was found that adoption of live sports streams is still relatively low, standing at 25 percent in Italy, 19 percent in Germany, 28 percent in Spain, and 24 percent in the UK.

Traditional sports will almost certainly continue to prove a tough nut to crack for live streaming, mainly due to how they’ve traditionally been handled by broadcast companies and rights owners. That said, the emergence of eSports – which rose to prominence and garnered millions of viewers by showing matches over live streaming services – proves that sports fans can adopt streaming. Live streaming offers a social component with accessible viewing, thanks to the set-up of services like Twitch. More and more entertainment platforms are recognising the allure of live streaming over standard streaming now.

Going live and beyond

Live streaming suddenly became a necessity in many parts of the world, with providers like Zoom and Houseparty soaring in popularity. Something that’s already been drawn from these experiences, or become more prevalent, is the desire to share experiences. What these services showed us is that people want to experience things with others, live, regardless of the need for a laptop or smartphone. Integrating an in-synch streaming experience with chat features is one thing, but many foresee the future of the tech as being far more interactive. The earliest form of this is already being seen in use at the Betway Casino in its Live & Real section. Games like Live NightClub, Real Roulette, and Mega Ball Live all stage a game in a studio with a human croupier, which is then live-streamed to the users who play along in real-time. It offers a new level of immersion in live streaming, combining the live-action with real-time input and results. Another example of live streaming moving forward is with Google Stadia’s proposed Crowd Play feature, which allows players to enter into games that live streamers are playing.

There’s a lot more to come from live streaming

It seems inevitable that the use of live streaming will drop as 2021 progresses into 2022, but there will be several innovators looking to the widespread adoption of the tech as a license to explore it further. The next phase will almost certainly see advertisers seek to utilise the tech further.

We’ve had social media influencers, and we’ve seen live streaming become normalised, so a combination is bound to come next. In China, a phenomenon known as ‘live commerce’ sees their key opinion leaders broadcast to millions with special promotions during their examination of products. It combines the personal influence with the immediacy of a live event. This spatial immediacy is what turns intrigue into purchases. The adoption, trust, and ease of use may also propel the live camera sector of the security industry. Brands like Netatmo have detailed the idea of live security before, but now people could be more naturally attuned to how it works and the benefits of being able to tune in live via the internet.

Live streaming became essential last year and continues to be for many people and businesses today. While how it’s primarily adopted today may waver in its user count, there’s little doubt that the technology as a whole will only become a larger part of our day-to-day lives in the future.