Will The Mario Movie Be Worth Seeing? 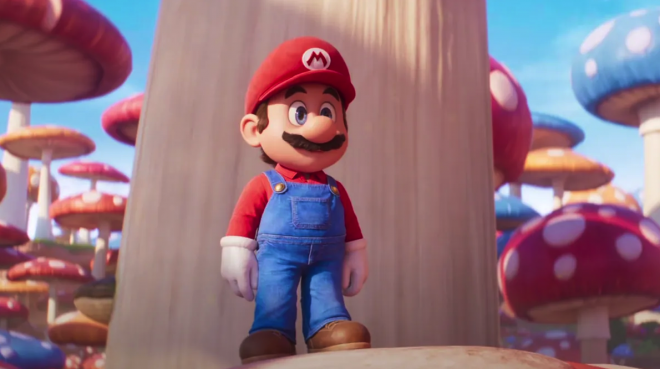 No video game character in history is as famous as Mario. You could try to make arguments for Lara Croft or Sonic the Hedgehog, but you’d be wrong.

No video game character in history is as famous as Mario. You could try to make arguments for Lara Croft or Sonic the Hedgehog, but you’d be wrong. The character might not have won the hearts of the world when he made his first-ever appearance in “Donkey Kong” in 1981, but “Super Mario Bros” was a smash hit in 1985, selling millions of copies of not only the game but also the Nintendo Entertainment System that hosted it. Without Mario, Nintendo might have gone out of business years ago. The Italian plumber - who was only created because the developers of “Donkey Kong” weren’t allowed to use the likeness of Popeye - is a genuine pop culture icon.

Given the fame and popularity of Mario - a degree of fame that's barely faded in over thirty years - it's surprising there haven't been more attempts made to use Mario to sell other forms of entertainment media. There have been "Super Mario" cartoons, but they're far more popular in Japan than they are in the Western world, where most fans don't even know they exist. There have been rumours of a film for most of the past two decades, but nothing ever came to fruition. Some of the blame for that can be laid at the feet of the disastrous 1993 movie "Super Mario Bros," which is routinely voted as one of the worst films of all time.

The colossal error that was the aforementioned film isn’t the only attempt to turn Mario into a bigger entertainment property that’s fallen flat on its face. Despite several attempts, nobody’s ever been able to create a genuinely popular range of Mario toys. X-Play was unable to get casino players interested in the character either. Mario World was released to online casino websites in May 2019 and received reasonable reviews, but SisterSite.com, which keeps a close eye on all things casino related, hasn’t seen the game featured at a single UK-facing casino site in the past twelve months. It’s disappeared without a trace in three years. If Mario can’t be banked upon to make money at casinos like other video game characters have, can it be banked upon to make money elsewhere?

Still, one bad film or game shouldn’t have sunk a franchise. The “Tomb Raider” movies have recovered from a bad movie instalment and gone on to be successful, as have the “Resident Evil” movies. Those franchises got a second chance, but Mario never did - until now. Perhaps the success of the “Sonic the Hedgehog” movie spurred Nintendo into action, or perhaps the final fleeting nightmarish recollections of that 1993 film finally faded from the company’s collective memory. Whatever the reason, we’re getting a new Mario film. The only question is whether it will be any good.

A love letter to fans?

One of the mistakes made by the 1990s film - and there were a lot of them - is that the producers decided to make a live-action film. That's perhaps understandable given the era's limitations, as making a convincing CGI movie in 1993 would be a lot harder than making a CGI movie in the 2020s. Still, making a cartoon would have been an option for the producers, so it's baffling they didn't take it. Putting that aside, making a live-action Mario movie was a mistake because Mario had never been a live-action character - he was cartoonish. That's something that the new film has already got right. We've seen the trailer - which is available right now on YouTube if you haven't seen it yourself yet - and it looks fantastic. Mario looks like Mario, and the world he inhabits looks like the world of the games.

Getting the aesthetics right is important, but getting the “feeling” of the film right is even more important. It’s impossible to know whether the producers have done everything right just from watching the trailer, but there’s enough there for us to feel confident that it’s been written and created by people who know and understand what people love about the Mario character and the Mario games. Donkey Kong is in the film. The level layouts from the first Donkey Kong game (complete with red girders) make an appearance. Princess Peach and Cranky Kong are included.

There are more nods to the legacy of the games in the trailers, too. We've seen Bowser (a rare case of Jack Black playing a character he's suited to), armies of Koopas, and nods to Smash Bros. The background of Peach's Castle contains the same stained glass window we first saw in "Super Mario 64" all those years ago. There's even what seems to be a traditional two-dimensional "training course" for Mario, which looks exactly like the arrangement of platforms and features in the classic 2D Mario games of the 1980s and 1990s. If you've seen the trailer, you'll know there are several seconds of it where Mario is seen driving his famous red car from "Mario Kart." The games haven't just been used for window dressing in the manner of the 1993 film - they're at the core of the movie.

No, of course they’re not. We’re talking about gamers here - there’s no way to please everybody, and reception to the trailer was never likely to be universally positive. While fans of the games are broadly optimistic about the movie and its prospects, there’s a common thread among those who have negative things to say about it - they don’t like the voice that’s been given to Mario. While Charlie Day has been praised for his vocal interpretation of Luigi and Anya Taylor-Joy is a perfect fit for Princess Peach, and even Jack Black is getting a warm reception as Bowser, it’s been pointed out by several hundred people on Twitter that Chris Pratt’s portrayal of Mario sounds like the actor reading out the lines in his own voice.

Is that fair? Maybe, maybe not. It’s become traditional for certain groups of social media users to pile on Chris Pratt every time he’s in a movie because they simply don’t like him. On the other hand, Mario does sound a little flat. While Day, Taylor-Joy and Black aren’t using their regular speaking voices for their characters, Pratt is - and that’s a strange choice. Whether it spoils anyone’s enjoyment of the movie remains to be seen.

“The Super Mario Bros. Movie” is scheduled for release to movie theatres worldwide in April 2023.