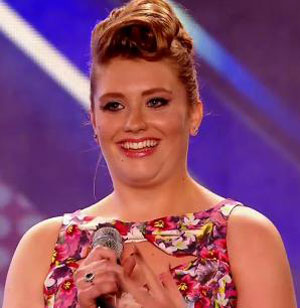 Viewers of X Factor cannot believe that favourite to win Ella Henderson was sent crashing out of the competition. In an unbelievable turn of events, Henderson was in the bottom two with James Arthur.

The two, who emerged as popular singers in this year’s X Factor series, performed a sing-off to a stunned audience and judging panel.

They received equal number of votes from the judges, resulting to another deadlock. In the end, Ella Henderson was sent home after she received the fewest public votes.

Host Dermot O’Leary appeared shocked after reading her name out, and the audience remained silent. However, Henderson’s mentor Tulisa had words to say.

She said that the result was “ridiculous”.  She added: "Can I just say this is exactly what I was talking about, when I said people are voting for the wrong people."

With Henderson gone, Arthur has now got a better chance of being named the winner in this series.

On the other hand, Christopher Maloney is safe for another week. However, when his name was read out, it was clear that the audience weren’t happy as Maloney was booed.