5 Reasons Why Pearl Jewellery is Best 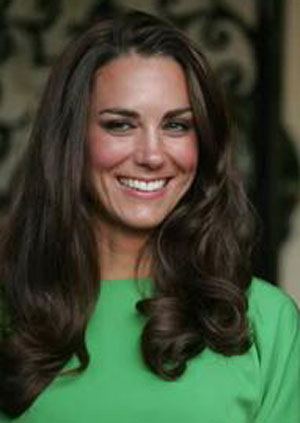 Pearls are one of nature’s miracles and so it’s no wonder people have long considered pearls to be among our most prized possessions.

Revered for their otherworldly glow, pearls were once reserved for the super-rich and called the ‘Queen of Gems.’ The process of culturing has made pearls more accessible to the masses but that hasn’t made them any less precious. Pearls radiate a serene elegance unlike any other gem, and while that in itself is enough of a reason to offer them as Mother’s Day gifts, read on to learn five more reasons why pearl jewelry is the very best.

Pearls have fascinated humans for thousands of years. Their iridescent luster makes them almost appear to glow, reflecting and enhancing the beauty of wearer. When you say the word ‘pearls,’ most people think of the kind that are round and white or ivory, but the truth is that pearls come in every color of the rainbow, and many more! In fact, black pearls are considered to be some of the most mysterious and special gems in the world, and they certainly add mystique to anyone who wears them.

Pearls also come in just about any shape imaginable, from tiny grains like rice to a 2-foot long, 75-lb. behemoth shaped like the shell it grew in. The giant pearl is a little unwieldy to wear (it’s also not for sale), but typical pearls generally fall in a much more manage diameter range of 6-9 millimeters. Whatever your taste, the diversity of pearl colors and shapes allow you to express your personal style. As for choosing the pearl hue that is most flattering to skin tone, it’s hard to go wrong, but if you’re looking for a guideline, olive or darker complexions often prefer a silver base color, while undertones of rose complement those with fairer skin. But pearls are so perfect, they look gorgeous on everyone.

Pearls are a perennial favorite because they add instant grace and sophistication to any ensemble. Pearls have been a favorite amongst royalty since ancient times, but when the process of culturing was discovered making pearls more widely available, Coco Chanel brought them into the mainstream where they have stayed ever since. No one can forget the iconic image of Audrey Hepburn’s magnificent pearl and diamond necklace in Breakfast at Tiffany’s, and today’s superstars are equally fond of them, including Katy Perry, Angelina Jolie and Keira Knightly. Modern royalty still love pearls, including the Duchess of Windsor, Kate Middleton, as well as American First Ladies like Michele Obama and Jackie O.

Another reason pearls are the gem of choice for all the fashionable ladies out there: they go with everything, from the most elegant ballgowns to a basic pair of jeans. Pearls never clash, even other gemstones. There is literally no wrong way to wear pearls.

It’s safe to say that pearls have sparked human imagination since their discovery in prehistorical times. From the pearly gates of heaven to angels’ tears, people have long believed pearls to be divine gifts from above, and countless stories have been created throughout history to explain the creation of this magical gem. Pearls appear in Muslim heaven, and the early Hebrews believed pearls decorated the Garden of Eden. Pearls were thought to have fallen from the mouths of cloud dragons in ancient China while for Hindus, pearls were dewdrops from heaven. The god Krishna searched out the first pearl from the bottom of the ocean to offer his daughter on her wedding day.

Indeed, many cultures consider pearls to be a symbol of purity and love. Pearls are also believed to offer protection, and bring luck and wealth into your life. Pearls symbolize wisdom, and are meant to show the innocence, generosity and loyalty of the wearer. Pearls are the only gem to come from a living thing, and believed to have healing powers. Indeed, pearl powder has been used for centuries to nourish the skin and impart a flawless complexion. Because they come from the sea, pearls are also thought to offer a soothing, centering energy that lifts your spirits and connects you to your inner wisdom.

Given the prevalence of cultured pearls, it can be difficult for people in modern times to appreciate exactly how rare and valuable pearls once were. An ancient Roman general bankrolled an entire military expedition from the sale a single pearl earring. The famous jeweler Cartier traded a pearl necklace for the mansion that would become his flagship store in New York City. Ancient Egyptians pharaohs were buried with their most precious possessions, which of course included pearls. King Phillip II of Spain bought the famous Peregrina pearl to give to his daughter for her wedding only to decide he liked it too much and kept it for himself.

Wearing pearls was limited to the ruling class in many different periods in history from ancient Rome to medieval France to Elizabethan England. And everyone knows the infamous story of Cleopatra dissolving a priceless pearl in a cup of wine just to prove to Marc Antony she could throw the world’s most expensive dinner party. Wearing pearls allows you to channel your inner empress, along with all the beauty and power that represents.

While costume jewelry is made for the here and now, genuine pearls can last for decades and beyond. Real pearls have placed among the most cherished treasures throughout the ages. Because they are a classic that never go out of style, pearls can become an heirloom handed down from one generation to the next. Natural pearls may take decades to form, but even cultured pearls need an average of three years to achieve a decent size. Never fear; they’re worth the wait.

Pearls offer a way to have mark an important life event, and pearls are the traditional gift for a 30th wedding anniversary. Anniversaries are just one happy milestone that warrant celebration with a tangible memento but there are so many more: weddings, graduations, birthdays and holidays are all excellent opportunities to wear — and share — pearls. Lucky are those who celebrate their birthday in June because pearls are the birthstone for that month. But one of the best things about pearls is that you don’t need the excuse of a special occasion to wear them. Every day is a holiday when you don your pearls. These elegant gems bring you joy in this lifetime and when properly cared for, allow you to pass on a legacy to the next generation — yet another reason why pearl jewelry is the absolute best.