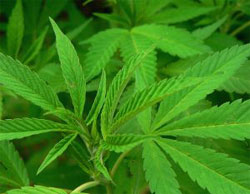 Weed has always been the topic of controversies for many centuries.

The world is divided between two kinds of people in this. One of a kind thinks it is very beneficial and should be legal all over the world while on the other hand, some marijuana should be banned completely. In the last few decades, many countries have legalized the use of marijuana for medicinal and recreational purposes. Since then many studies have been done and they have shown some positive results of cannabis terpenes consumption. But before the legalization of weed in several states in the US, cannabis has been depicted in many movies. Well, some showed how harmful it could get (which was exaggeration actually) and some show how fun it could be.

Over the past 80 years, Hollywood has had a crazy relationship with weed. The first mention of marijuana in cinema history may have been in the 1934 movie – Murder at the Vanities, which included a musical number called “sweet marijuana.” Two years later, Reefer Madness and Marihuana actually showed people smoking pot. These movies demonized the “killer weed,” portraying teens becoming addicts and transforming into crazed sex maniacs and murderers. Throughout the 1930s, federal agent Harry Anslinger launched a crusade against pot, citing fake news stories about cannabis crazed murderers. Thanks to movies like Reefer Madness, public opinion turned against marijuana. Pot became illegal in 1937 and was banned from appearing on film.

As marijuana use became popular with the hippie movement in the 60s, the pot began to reappear in movies like Easy Rider in 1969, the 70s saw the birth of stoner films like Cheech & Chong's Up in Smoke in 1971. These films typically portrayed stoners as outcasts from society, and often the butt of the film's jokes. Pot use continued into early 80s comedies like Fast Times at Ridgemont High and The Breakfast Club. Although no longer demonized, the effects of weed (or Astroboy strain) were often widely exaggerated and unrealistic. In the late 80s, anti-marijuana sentiment returned as Nancy Reagan spearheaded the “Just Say No” campaign. Cannabis seemed to disappear from films again unless shown in a historical or negative light. For example, Bill & Ted's Excellent Adventure features two obvious stoners who don't take a single puff.

In the 1990s and 2000s, marijuana use and films became more frequent and were more often shown in a positive light. Doc Sportello, protagonists of Inherent Vice, solves crimes and dodges danger while constantly smoking joints. Leaves of Grass (2009) and Pineapple Express (2008), both feature leads to involvement selling or growing pot. Well, stoner comedies are always fun to watch. They show the real impact of cannabis. We don’t mean to say that such movies should promote the use of cannabis but showing reality based on research is also a necessity.

As legal cannabis spreads across the US, expect to see marijuana taking a more common and more realistic role in modern films. The number of researches is limited as we are still in the initial period of the legalization. But as the time will pass, we will have some concrete evidence on the effects of cannabis use.