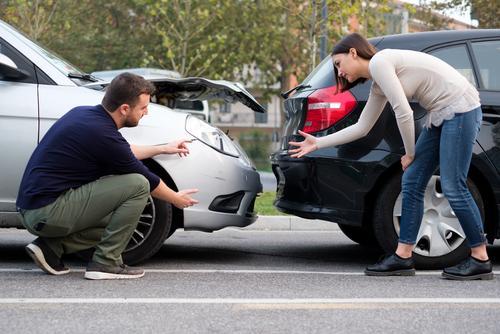 Rear-end incidents occur when the leading vehicle is either stopped entirely or going at a lesser rate of speed.

If you've ever been in a major vehicle accident, you know that immediate medical attention is critical. However, even low-impact crashes, such as rear-end collisions, may substantially impact your physical health. Most individuals underestimate the severity of injuries you may sustain in a rear-end collision. In most cases, rear-end incidents occur when the leading vehicle is either stopped entirely or going at a lesser rate of speed. The severity of the injuries sustained in an automobile collision might be affected by the circumstances in which the driver following the leading vehicle approaches it.

On dimly lit roads at night, truck-related rear-end incidents are too common. If a driver isn't paying attention, they might miss the car in front leading to severe repercussions.

Drowsy driving is one of the common causes of rear-end crashes. Most truck drivers regularly drive in violation of federal hours of service laws that govern how long they can drive without a break, prompting them to grow even more drowsy or fall asleep at the wheel due to the pressure to deliver the cargo quickly.

Slowing down becomes more difficult the faster a car is moving. Drivers of large trucks face a more significant risk because of the truck's greater mass, which requires more force to stop it from going forward.

It might be difficult for a truck driver to stop the truck when the brakes fail. Without warning, the driver might collide with another car at high speed, and there is nothing they can do to avoid it. A truck's brakes may fail, even if mechanics thoroughly inspected the vehicle at the end of each journey. The driver may not even realize the brake malfunction during the trip.

Insufficient Stopping Space for the Driver

Smaller vehicle owners often underestimate a large truck's stopping distance. Passenger car drivers may not give enough room to truck drivers when they pull in front of them. Also, most truck drivers believe they will have plenty of time to stop if necessary. Therefore, they don't give themselves enough room to back up and give other motorists the same courtesy.

When a motorist is distracted, they are more likely to cause a rear-end collision since they aren't paying attention to what they're doing. Texting, eating, and chatting on the phone are all examples of activities that might cause a motorist to lose focus on the road. Additionally, Because of their inattention, drivers may not see another car slowing down in front of them or other road hazards that might prohibit the vehicle in front of them from coming to a complete stop. Accidents may happen in an instant if a motorist is not paying attention.

Truckers' thoughts are not focused on the car in front of them as they race through a red light at an intersection. Furthermore, because of the design of their vehicle and the brake system, they can't slow down or stop when required.

Drivers of all vehicles, including trucks, are expected to maintain a safe distance from the car ahead of them. A driver who rear-ends another vehicle is mostly at fault in rear-end collisions, and if they do so, they will be held responsible.