A New Era Begins at Chelsea 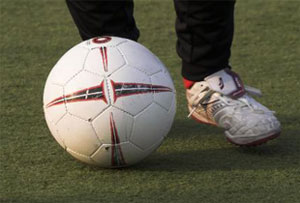 Each week, 20 clubs compete to the best team within the home of football.

In Kenya, football betting is very popular and one of the main reasons for this, is the worldwide appeal of the English Premier League. Each week, 20 clubs compete to the best team within the home of football.

Chelsea is among those 20 teams and although the Blues struggled earlier in the season, they look a much different team now and that is mainly because they have a different manager in charge of the club.

Before it was Frank Lampard who was manager of the London club and although he will always be considered a legend on the pitch, he did fall short when it came to shouting instructions from the touchline.

As soon as Lampard was sacked as Chelsea’s manager, they were 9th in the English Premier League table and struggling badly. However, the next man to take charge of the club has been able to turn things around quickly.

The man to take the Chelsea job was Tuchel and although he led PSG to the Champions League final last season, losing to Bayern Munich only created disappointment within the superstar squad.

They could not shake the disappointment at the start of this season and this meant that Tuchel was sacked as PSG manager just a month before Lampard suffered a similar fate within the English capital.

However, that manager misfortune has turned out well for the German coach and Chelsea, as they have been a team transformed and they now find themselves in the top-four of the English Premier League.

This is a team that is growing in confidence and suddenly, they look one of the favourites to secure a return to the Champions League next season and of course, they could still win this year’s competition.

With their increased confidence under Tuchel, they are becoming a more attractive team to bet on and if you want to back Chelsea to win, BetRaha will be your main go-to sports betting site.

Although the decision to change managers halfway through the season was a surprise, nobody can argue that it was not the right thing to do and when it comes to Chelsea, it is winning that matters most of all.

They have not won the Champions League since 2012 and with owner Roman Abramovich spending a lot of money in the past decade, he will hope that 2021 sees another year of trophy winning celebrations.

Something that looked unlikely just a couple of months ago and if they kept Frank Lampard as Chelsea’s manager, there is every chance that they would have struggled to win in the Premier League and F.A. Cup competitions.

Now they look a much stronger team and with the tactical knowledge of their new manager, they will be a challenge for any team that they face between now and the end of this current soccer season.

With Manchester City being so strong, Chelsea will not be able to win the Premier League this year. However, they will be in a good position to challenge next time and they will be worth a thought when making one of your future bets.