Industries that have Weathered the Pandemic Better than Most 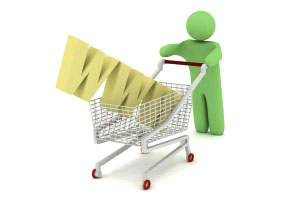 COVID-19 has just “celebrated” its first anniversary since hitting the United States.

It’s no stretch to say that along with the toll it has played on the health and lives of millions across the globe, it’s economic effects have been devastating. Small and large businesses have had to shut their doors and countless people have lost their jobs over the past year. And yet, some industries have actually prospered over the past year, including everything from the online casino industry, with sites like Genting Casino doing major business, to face mask manufacturers (obviously).

Here are just a few:

This is the big one. While millions upon millions of people lost their savings, their homes, their businesses, and their ability to provide even the most basic necessities to their families, the billionaire class became exponentially richer. The reason for this is because so many of these billionaires have made their money from the information technology industries. Bill Gates and Elon Musk, for example, saw their fortunes rise as the whole IT sphere was buoyed by people stuck at home trying to communicate electronically with the rest of the world. 2020 was also the year of Zoom as their video conferencing app went from almost total obscurity to being the second biggest buzzword of the year (no points for guessing what the number one buzzword was.)

In terms of billionaires, no one had a bigger year than Amazon founder, Jeff Bezos. It is estimated that he could give $100,000+ bonuses to each and every one of his many, many employees and he would still be left with more money than he went into the pandemic with! He hasn’t, of course, but it’s no surprise that Amazon and online shopping sites like it, raked it in with people needing to do most or all of their shopping from home.

While much of the entertainment industry was hit badly by the pandemic – none more so than theatres and cinemas – streaming sites like Netflix and Disney+ had a booming year. With everyone stuck inside, TV was the big entertainment service in 2020 and 2021 and the ascendancy of streaming was solidified. Not only did existing companies like Netflix bring in millions of new subscribers, the streaming wars kicked off in earnest with the introduction of major new streaming services from HBO/ Time Warners, NBC and Apple launched to go head to head against established giants like Netflix, Amazon Prime and a vastly improved Disney+ that bolstered its own library with the vast catalogue of films and TV shows it acquired from 20th Century Fox (now just 20th Century studios).

These are just some of the biggest earners in 2020.