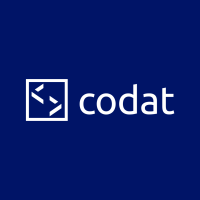 Codat, a London tech company, has announced that it has been recently awarded £2.5million in the latest round of funding declared by Banking Competition Remedies (BCR).

The firm, which connects the internal systems of small businesses to banks, fintechs and other financial institutions, has confirmed that the fund will be used to open its very own API on a self-serve basis, allowing a larger group of fintechs to build new products and services for SMEs.

Peter Lord, CEO at Codat, said: "Developers, not bankers, are going to be the people to build the financial products we need for small businesses here in the UK.

"BCR has recognised that by awarding this money to Codat, they are benefiting potentially hundreds of products instead of just one."

"It's hugely encouraging to see our strong progress recognised alongside the new set of innovators awarded in this latest round."